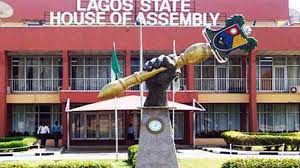 June 9, 2020
Press Statement
Corruption: Lagos Assembly Reeks, Lacks Rectitude to Legislate – PDP…Demands Return of Squandered Funds
The Peoples Democratic Party (PDP) says with the emerging revelations as well as the confessions by its Speaker, Hon. Mudashiru Obasa, the leadership of the Lagos State House of Assembly has irredeemably lost the rectitude to preside over legislations or make appropriations for the people of Lagos state.
The PDP said the Lagos Assembly has become incurably smeared with issues of corruption, misappropriation and allegations of embezzlement of funds meant for the welfare of the people of Lagos state.
Our party notes that the revelations at the fact-finding panel of the Lagos Assembly on corruption allegations against the leadership of the state legislature is incorrigible.
The party insists that the Speaker should clear his name by surrendering himself to the Economic and Financial Crimes Commission (EFCC) for investigation, instead of limiting his defence to an in-house committee of the legislature, over which he presides.
Nigerians are shocked by revelations at the panel of how funds meant for the welfare of Lagosians were dissipated on luxurious SUVs, frivolous foreign trips and funding of expensive and wasteful lifestyles of certain lawmakers and their relations, while the people are neglected and abandoned to a life of squalor.
The party described as heartbreaking, the confession by the Speaker that public fund was disbursed to finance a trip of wives of lawmakers to far away Dubai.
Our party holds that the attempt by the Speaker to justify the purchase of expensive air tickets, paying for hotel accommodation, feeding and local travel for wives of lawmakers in Dubai, from funds derived from levies and taxes foisted by the All Progressives Congress (APC) administration in the state on poor Lagosians, including widows, is to say the least, sacrilegious.
His admission that “we gave N4 million to each of the participants (wives of the lawmakers) for air ticket, hotels, feeding and local travel. Air ticket to Dubai alone is about N2 million”, exposes the impunity and recklessness with which funds belonging to Lagosians are squandered.
The PDP challenges Mr. Speaker to show Nigerians how much he had approved for hard working Lagosians, especially the youths, who had continued to be denied opportunities for scholarships, economic empowerment, employment and sponsorship to excel in various fields of endeavors.
Mr. Speaker is also challenged to show what steps his legislature had taken to uplift the living standard of downtrodden Lagos women who had continued to bear the weight of poverty and heavy taxes imposed by the APC administration in the state.
Moreover, the Lagos state Assembly is still burdened with issues of reported discovery of 64 accounts allegedly linked to the Bank Verification Number (BVN) of the Speaker, said to be operated with multiple names in various banks and used to siphon public funds, among other sundry allegations.
Our party holds that such is a huge allegation for which the Speaker should clear his name before the EFCC and not before an in-house panel of the legislature.
The PDP however charged members of the Lagos House of Assembly to redeem the image of the legislature by immediately returning all misappropriated funds, including the largess given to their wives and apologizing to the people of Lagos.
The party also calls on APC national leader, Asiwaju Bola Tinubu, to speak out on the issue and condemn the recklessness in the Lagos House of Assembly.
Signed:
Kola Ologbondiyan
National Publicity Secretary