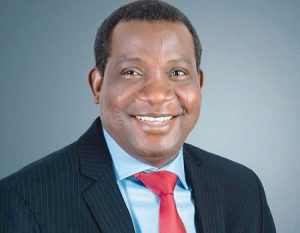 By Martha Agas
Plateau Government has allocated portions of land of the Brewery Agro Research Company (BARC) to people, to reinvigorate the Jos International Breweries (JIB).
The land located in Zallaki community of Bassa Local Government Area was allocated to different categories of qualified people.

The beneficiaries include: farmers associations, civil servants and pensioners.
News Agency of Nigeria (NAN) reports that JIB was established in 1975 by the Joseph Gomwalk administration which BARC farm was part of its subsidiary.

Gov.Simon Lalong while issuing certificates of lease to beneficiaries of the allocation on Saturday at the farm, said government was committed to boosting the state’s economy through agriculture and reviving all its moribound companies.

Lalong said during the operation of the brewery, which got its raw materials mostly from the farm, massive revenue was generated leading to establishment of subsidiary companies such as Pioneer Milling Company, Plateau Bottling Company Ltd. And BARC.

According to him, during the boom days of BARC which was sold to a private farmer for more than 20 years, it employed more than 4000 workers through direct or indirect means.

“In its days of glory, the farm was into cultivation of dry and irrigated crops such as grain, vegetables and tree crops and cattle ranches for rearing cows.

” Poultry farms with parent and hatchery units; Pig rearing; Abattoir for poultry, Pigs and cattle as well as operated a big farm for fishery,” he said.

The governor said the farm was leased to beneficiaries who included civil servants, farmers associations and pensioners, saying the measure was part of efforts to revamp the farm.

“The desire to return the farm to operations in the era of economic diversification that is driven by agriculture, made us to consider the re-acquisition of the farm through purchase of 90 per cent of its shares.

“So far, we have paid N1 billion for the re-acquisition of BARC Farm shares, representing about 70 per cent of the total sum, and we are hoping to complete the balance before the end of the year,” he said.

He said portions of the land were allocated for the current cropping season to be cultivated temporarily, pending when suitable investors would take over management of the entire farm.

“Our dream in the long run is that the Farm which has potential for occupying over 30 per cent to 40 per cent shares of the Agro-allied market in Nigeria, will leverage on these existing structures to cultivate crops that the State has comparative advantage in,” Lalong said.

He assured the beneficiaries of safety, saying hunters whom were part of the State Government’s home grown security outfit, Operation Rainbow, would be deployed at the farm.

He also that said steps were already being taken to ensure acess to the farm through repairs of its deplorable roads.

The governor advised the people of the state, especially civil servants, to embrace farming as an additional source of income.

He said that agriculture was the hope of government and individuals in coping with the impact of the COVID-19 pandemic on the economy, saying it was one of the comparative advantages of Plateau.
The Managing Director of Plateau Investment and Property Company (PIPC), Mr Chris Yilzak, said operation of the Farm would have multiplier effects on the state economy especially establishment of agro allied companies.

The State Commisioner for Agriculture and Rural Development, Mr Hosea Finangwai, commended the governor for his efforts at boosting agriculture in the state.

Finangwai said the governor had been providing farm inputs, counterpart funding for Agricultural programmes,among other gestures.

Speaking on behalf of the beneficiaries, Mr Eugene Manji, who is also the Chairman of the State chapter of Nigeria Labour Congress(NLC), assured the governor that they would keep to the terms of the lease.

Manji thanked the Lalong for the provision of security at BARC, saying it would encourage more people to farm there.

NAN reports that the governor also distributed bags of Fertilisers to beneficiaries of the farm allocation.