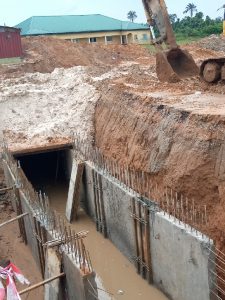 A view of drainage work in Warri. 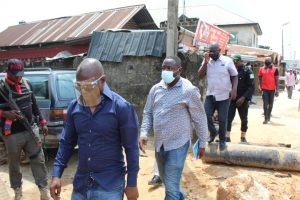 The Director General, Warri/Uvwie and Environs Special Area Development Agency (WUEDA), Comrade Ovuozourie Macaulay has affirmed that the master drainage project for the axis was going on as scheduled.

Macaulay, a former Secretary to the Delta State Government (SSG) who fielded questions from journalists in Warri, after a visit to the project sites said that the work done so far was encouraging.

The project sites visited include Ugbolokposo, Alegbo, Uti, Apala, NPA Expressway and Edjeba in Warri South and Uvwie Local Government Areas where he expressed satisfaction and commended the contractors – Levant Construction Limited and CCECC for their efforts in spite the rains and the Covid-19 induced lockdown.

“When you go round the area where these jobs are going on now, you will see the excitement in the faces of the people. For once we are not having any problem with the Communities because they are happy, they see the job as their own. Nobody is really disturbing the job we are doing today.

“The areas worked are no longer suffering the flooding issue. The communities are happy because most of them are already benefiting from it,” he stated.

According to him, phases one and two are billed to be completed between 18 and 24 months, adding that there is hope for the people of Warri/Uvwie axis that in the next three to five years they may not be talking of flood.

He maintained that this is the first time the State Government has taken deliberate measures to tackle the issue of flooding in the area and commended Governor Ifeanyi Okowa for his commitment to solving this challenge of the people.

However, Macaulay disclosed that those whose buildings and structures are located on the waterways have been notified, and that towards the end of August, the Agency will commence the removal of such illegal structures.

Also speaking, the Programme Manager, Levant Construction Limited, Engr. Ghassan Fadel hinted that they would soon stop major works due to the heavy downpour, stressing that the swampy nature of the area aggravated by the heavy rains have been a hindrance to their speed and set target. 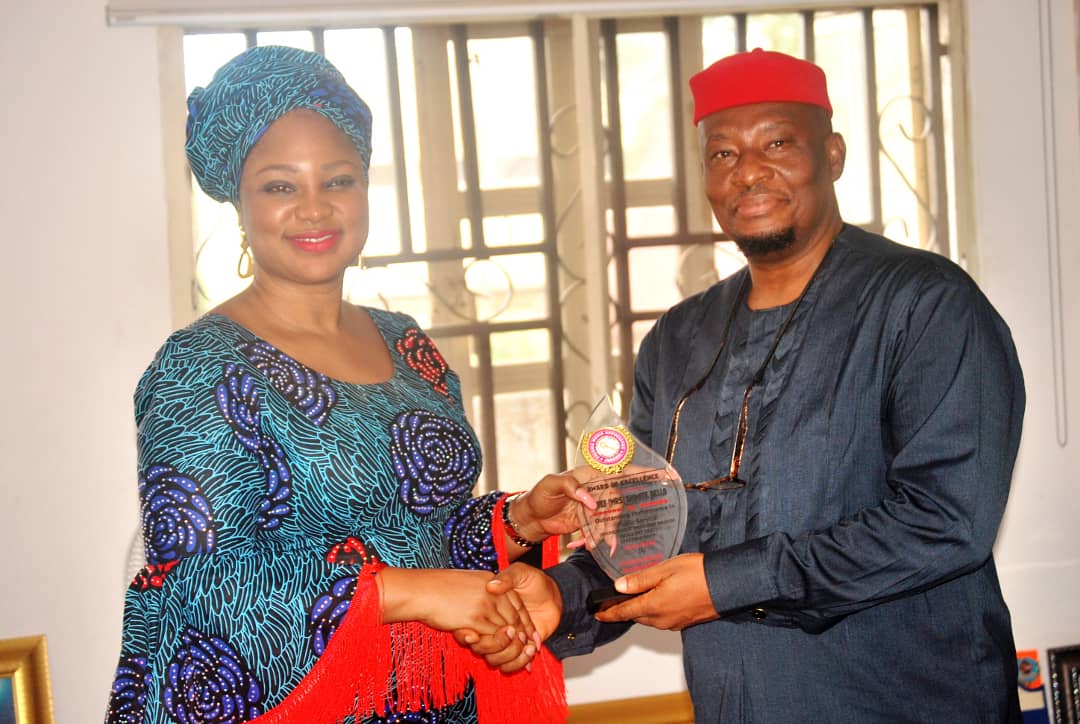