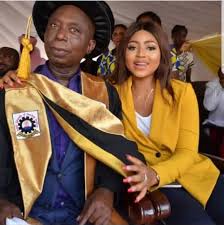 By Fred Akpewe
The arrival of a son for Prince Ned Nwoko and Princess Regina Nwoko a while ago signaled the high point of the marriage of two stars. This most celebrated marriage in Africa has taken the media by storm and redefined the African love in a way that is both positive and esoteric.

Ned Nwoko is an accomplished businessman, Antarctica explorer, international lawyer, politician, environmentalist and philanthropist. Princess Regina is also an accomplished star actress and film producer. She is beautiful in every sense, whose face has adorned about a hundred or more home movies. She was therefore on a high social ladder and successful in her own right before her marriage to Prince Ned Nwoko, even though this marriage has given her an upscale success on the social ladder. Only very few celebrity marriages globally have received such media comments and glitz in recent times as the Prince Ned/Princess Regina marriage.

On the social scale, other marriages on the same platform in terms of media gaze are those of Kim Kardashin and Kanye West, which has paled into insignificance the globally acknowledged but botched marriage between late Princess Diana and Prince Charles of Wales. Others are the marriage between Beyonce and Jay-Z and back home here the marriages between Omotola Jalade Ekeinde and Captain Matthew Ekeinde. We can also consider the celebrity marriage between Mercy Johnson and Prince Odianosen Okojie.

Like Princess Regina, Prince Ned Nwoko is an editor’s delight. Everything about Prince Ned is news. The global popularity and relevance of Prince Ned Nwoko has adequately advertised the Stars University, Idumuje-Ugboko even before its official take-off.

The world is focusing on Prince Ned Nwoko’s malaria Africa project because of his Midas touch. Anything Prince Ned puts his hands on is instant success. As a man reputed to have ended recession in Nigeria through his role in the Paris Club refund to Nigeria, he has put in so much into the betterment of humanity. With Prince Ned’s marriage to Princess Regina, the former is beginning to reinvent self on the latter. Princess Regina has started several projects aimed at enhancing the quality of life for humanity. She is the owner of Regina Entertainment Television, RET. As a thespian, she has impacted positively on her primary constituency, the Nigerian Movie Industry. At her behest, Prince Ned Nwoko has hosted dignitaries of the movie industry and also opened doors for the use of his private jets in Nigerian movies, thereby improving their quality and global receptiveness.

Recently in a post, Princess Regina revealed that when she first met Prince Ned, she thought he was a farmer. What is the farmer in Prince Ned? Prince Ned is a lover of nature and as an environmentalist and horticulturist, he has adorned his country home of Idumuje-Ugboko with exotic trees and crops. He also rears rare birds and animals in his country home which also has a large fish pond.

Prince Ned Nwoko exudes charm just as he loves to see people around him wining and eating. Princess Regina makes us to know one rare trait in her husband. She describes him as the most honest person she has ever met. This honesty has helped Prince Ned in his business and politics, even though some people have taken advantage of his honesty and straightforwardness to “stab” him in the back.

As a politician, he has made his mark. He represented the Oshimili North /Oshimili South/Aniocha North/Aniocha South Federal Constituency in the House of Representatives from 1999 – 2003. He has also made giant forays to go to the Senate to represent the Delta North Senatorial District. In all attempts, he has proven beyond doubt that he is a factor in Delta North politics.

In 2019, Prince Ned Nwoko capped his awards when he was awarded an honorary Doctorate Degree by the University of Petroleum Resources (FUPRE).

• FRED AKPEWE is a Media Analyst and Commentator. 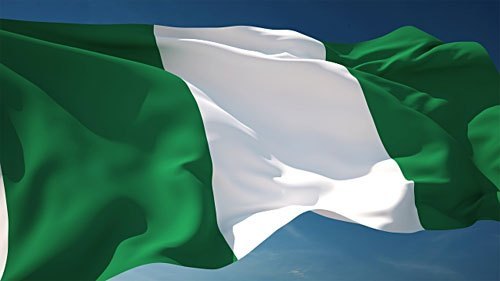