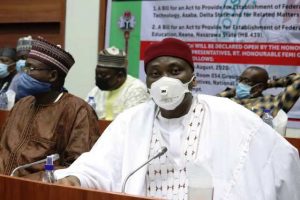 Hon. Ndudi Elumelu at the public hearing of the bill to establish Delta the Federal University of Technology, Asaba. 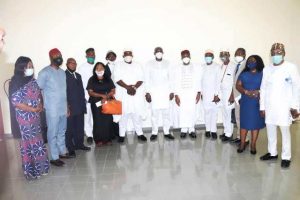 Hon. Ndudi Elumelu with stakeholders after the House of Reps puyblic hearing.

The Minority Leader of the House of Representatives, Hon. Ndudi Elumelu on Thursday said the Bill which seeks the establishment of a Federal University of Technology in Asaba Delta State, aside providing quality technical education for the youths, will also help to curb militancy, vandalization, thievery and all manner of banditry that is going on in the South South.

The Minority Leader of the House of Representatives, Hon. Ndudi Elumelu on Thursday said the Bill which seeks the establishment of a Federal University of Technology in Asaba Delta State, aside providing quality technical education for the youths, will also help to curb militancy, vandalization, thievery and all manner of banditry that is going on in the South South.

Elumelu stated this at the public hearing on the Bill held at the National Assembly complex.
The piece of legislation, which was sponsored by the lawmaker, was recently passed for second reading by the House.

In his submission, Elumelu noted that there was no gain saying that education is the bedrock of societal development upon which great nations build their economies.

He explained that the desire to push for the creation of the university through legislation stems from the need to provide more opportunities and level playing ground for all to gain admission in Nigeria universities and to specialize in technology related courses.

He lamented that the failure of the country to heed earlier warnings of investing in technological development have led to the loss of highly gifted citizens who in their quest to seek technological knowledge migrated to other countries benefitting those countries to Nigeria’s detriment.

The lawmaker said: ”When this university is established, it will be the first and only University of Technology in the whole of the South South region and the only federal university in Asaba. It is therefore incumbent on us to note that the establishment of this university will help to open the floodgate for technology development and transfer in the South-South geo political zone and neighboring states within the boundaries of the zone.

”The National Assembly as an arm of government, owes it as a duty to draw the nation’s attention to the need for the continuous investment in the areas of technology as such investment will not only build our economy but enhance our image and standing and place us in a proper stead in the comity of nations.

”The major reason for the migration of our valued man power is the lack of adequate University of Technology in the country to cater for the need of our citizens. I therefore stand here today to push for the repeal of paragraph(m) of the first schedule of the Federal College of Education Act, cap F8, Laws of the Federation of Nigeria 2004 , which established the College of Education (Technical) Asaba, Delta State and for the re-enactment of the Federal University of Technology, Asaba, Delta State so as to provide students in the state and environs the opportunity of gaining broad technological knowledge and practices that will equip them with solutions to modern day challenges as well as prepare them for technological related careers in the nearest future,” the Minority Leader posited

While urging Nigerians to support the bill, Hon. Ndudi Elumelu who also represents Anioch/Oshimili Federal Constituency also said that establishing the university would be also a way of compensating and encouraging the youths as well as giving back to them for what they give to the nation.

Meanwhile the Bill at the hearing got the support of the Nigerian Universities Commission (NUC) and the Senior Staff Association of Nigeria, SSANU.

The public hearing which was declared open by the Speaker of the House of Representatives, Rt. Hon. Femi Gbajabaimila, was attended by a delegation of critical stakeholders from Delta State. 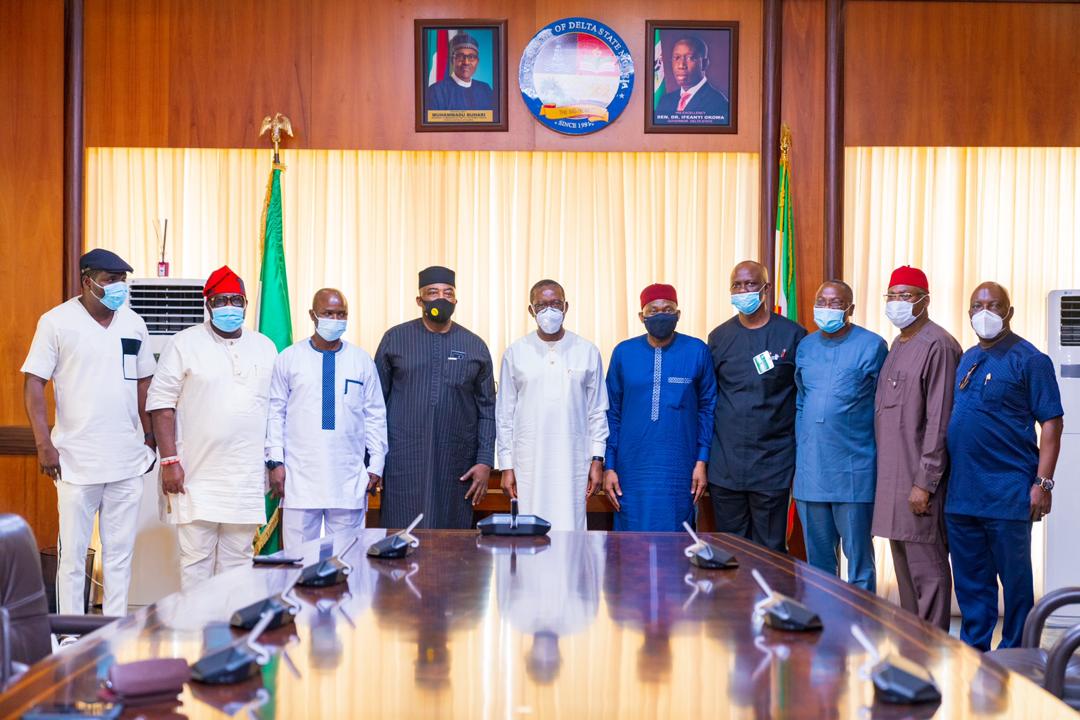