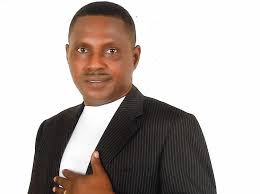 A former speaker of the Delta State House of Assembly, Rt Hon. Dr Olisa Imegwu has called for the update of the oil production quantum of Ndokwa nation.

He stated this at his residence when a body called Concerned Ndokwa East Youth Development Union paid him a courtesy call at Aboh.

This he said, has caused the Ndokwa nation particularly Ndokwa East to be marginalized in terms of projects distribution.

He said that between 2007 and 2011, the total value of projects awarded was N134 billion on just one sub head of three sub heads under the federal ministry of works

Hon Imegwu expressed the dismay of the people of Ndokwa nation particularly known to have the highest gas reserve in West Africa to have been schemed out of effective development plan commensurate with its contribution to the nation’s economy.

He admonished the youth to use all constitutional means available to make an updated official oil production quantum for Ndokwa nation possible, saying such effort would attract more projects.

The former speaker said that the terrain of Ndokwa East, which is prone to flood, deserved more projects especially on dredging of the River Niger to curb the yearly occurrence of flooding.

He also lamented the absence of a tertiary institution in Ndokwa Nation.

Responding, the President of the association, Comrade Chukwuma thanked the former legislator for educating them on the reality on ground, saying that they were ready to partner with all stakeholders to push for better development in Ndokwa nation.

SDP calls for adoption of ‘Option A4′ for Nigeria’s election