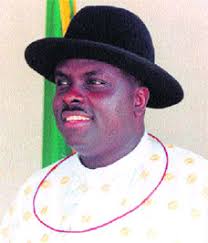 August 4, every year is an occasion to celebrate Chief Ibori, the ODIDIGBOIGBO OF AFRICA, who is today celebrating his 62nd year on mother earth. Sixty two years of making meaningful impact on the lives of people from across the length and breadth of the three senatorial districts of Delta State, and of course the South-South region and Nigeria at large. And it is expected that many including the low and mighty in society would join in celebrating the popular ex-governor on this special day.

The James Ibori phenomenon brings to mind the question: what is behind the ever increasing popularity of the Chief from Oghara? Why is he so celebrated, even after all these years of leaving office, many may wonder? Again, what makes the politician with nine lives tick, others have continued to ponder?

While some are of the opinion that Odidigboigbo was fortunate to have been born with a silver spoon thus, he was able to attend prestigious schools and lived in the best places. Where they supposed he leveraged on his good fortune to meet with the crème de la crème in Nigeria society and abroad. Others are of the view that Chief James Ibori used this privilege to travel the length and breadth of the universe hence, his vast, almost divine understanding of people and how to manage them. Yet, another group attributed his acceptability to the likable nature of the inhabitants along the shores of the famous River Ethiope. The people known to be their brother’s keeper, and naturally daring.

Moreover, the reason people love James Ibori could be deduced from certain obvious traits in the life and career of the political juggernaut from Oghara kingdom. They include among others; his tenacity never to give up even in the murkiest of waters. His doggedness in ensuring fairness and an orderly political climate in Delta State, even though there were times when he had the option of easy choices. And above all, his uncanny faith and love for his people.

The last point was perhaps the motivating factor why the young and affluent Ibori in the 90s would volunteer to devote his life to the service of his people. James Onanefe Ibori went on to join politics under the National Republican Party, NRC and was even nominated in 1991 to vie for the Federal House of Representatives seat to represent Ethiope Federal Constituency, but lost that election. Thus began his sojourn in the arena of politics; a journey that would bring the fledgling politician fame and pain.

Undaunted by his earlier defeat in politics, James Ibori later joined forces with other eminent Deltans to become one of the founding members of the People’s Democratic Party (PDP). It was on this platform that he would emerge as governor of Delta State on January 9, 1999 and was reelected for another four-year-term in 2003.

It would be recalled that Chief James Onanefe Ibori’s time in office was characterized by massive developmental strides achieved by his administration which featured all the major players in Delta State politics today, including all the governors after him till date. In fact, the charismatic Oghara Chief was able to use his unparalleled leadership qualities to set up an unequalled political system in the state premised on the bases of the zoning system of the PDP, and oiled by good faith among the various leaders in the three senatorial districts of Delta State. Undeniably, the formula has resulted in the smooth transition of power from one senatorial district of the state to another since the advent of democracy in 1999.

Besides the setting up of a solid party structure, the administration of Chief James Ibori was also able to restore peace among the Ijaw and Itsekiri warring communities that lead to the return of socio-economic development in those areas. Certainly, Delta State was one of the most peaceful states in the nation during his time in office, which was hardly the case prior to the advent of democracy in 1999.

Chief Ibori was also a major champion of resource control and he made immense contributions towards the struggle. The ex-governor traveled the length and breadth of the federation for consultative meetings. He even spoke in seminars and issued publications in the national dailies and other media outlets where he called for a better living condition for people in the oil producing region. After all, his voice alongside those of other eminent sons and daughters of the Niger Delta was instrumental in achieving 13 per cent derivation for oil producing communities in the zone. James Ibori was even alleged to be a key mediator between the federal government of Nigeria and the fighters in the creeks of the Niger Delta region during the height of the struggle for resource control. This made him an asset not only to the then PDP government, but he was also one of the most influential politicians in the country during the administration of late President Umaru Musa Ya’Adua.

Another landmark achievement of the Ibori administration was the construction of the strategic Bomadi Bridge. This was a project that would never be forgotten by the people from Bomadi axis, as the bridge offered the Ijaws from that part of the state the possibility of vehicular movement to their communities for the first time in history! Nor, how could the Asaba people forget the man who began the process of making the territory a befitting capital city, with the conception of the Asaba Airport and building of the magnificent Commissioners quarters to house members of the state executive. Plus other projects executed by the Ibori government too numerous to mention in one piece.

Surely, many would still remember the sprouting up of stadiums and institutions of higher learning, across the three senatorial districts of the state during his two term as governor. Also, the road projects were massive! Together with the launching of Delta State University Teaching Hospital Oghara, which has become the medical mecca in the region.

Regrettably, the death of President Umaru Musa Yah’Adua would prove a turning point in the life of the promising politician, and Governor James Ibori would end up facing series of persecutions culminating in his sabbatical to the UK from April 2012 to December 2016.

Nonetheless Chief James Onanefe Ibori has remained the people’s man even after all the trials and tribulations. Indeed, a mammoth crowd celebrated with wild cheers and powder-pouring following his return to Nigeria in 2016. In fact, on the day of his arrival into the country, both the Osubi Airport in Warri and the airport in Benin City were overtaken by thousands of his supporters who were not sure where the plane conveying their leader would touch down.

Therefore, as Chief James Onanefe Ibori celebrates another birthday, I, OGHENERO J. EGHWEREE, wish him many more blissful years to come. I pray the Almighty God grants him good health to enjoy the rest of his days. I also wish Our Leader the wisdom like that of King Solomon to continue to play his excellent leadership role for his people, the state and the nation. Amen.

• THIS PIECE WAS WRITTEN IN 2018. IT IS RELEVANT TO CELEBRATE IBORI TODAY, NEXT YEAR, AND FOREVER!

PERSPECTIVE – Who shall speak for Ibori?