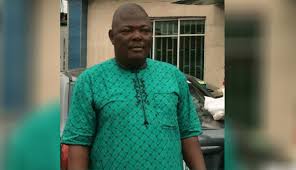 Delta state chapter of Nigeria Labour Congress (NLC) is alarmed to hear that Local Government and primary school contributory retirees are not paid their pension and gratuity benefits.

Chairman of the congress in the state, Comrade Goodluck Ofobruku expressed the upset on Tuesday while reacting to the protest of retirees who are calling for payment of accumulated gratuities and pensions.
At the Government House gate where he and the Head of Service, Mr. Reginald Bayoko, and the Political Adviser to the Governor, Mr. Omimi Esquire were called to pacify the protesting retirees expressed disappointment over revelation that the retirees had not been paid their benefits.

Ofobruku said: “Labour is not happy that you worked for 35 years and and seven years after you are yet to be paid. I am just hearing it for the first time that local government and primary school retirees have not been paid their pensions and gratuities.”

Justifying his surprise at the turn of events, the NLC chairman who noted that the last pension was paid in 2012 during the Uduaghan administration, said that since 2015 when the Okowa administration came that when FAAC meeting is held he had always asked if payment of the workers’ salary had been taken care of, and their pension. He said the response from government officials had always been that everything had been taken care of.

“Now I am surprised that people (protesters) here are saying that they have not been paid local government and primary school retirees,” Ofobruku said.

He then pleaded with the protesters saying: “I appeal to you to give us chance to take up the matter with the governor.”

Speaking earlier and incoherently, Head of Service, Mr. Bayoko said: “In every situation it’s not just one dimensional. It is not today that we know the situation you are facing. The bottom line is: Nobody will ever abandon you.”

However, the retirees expressed disappointment at Mr. Bayoko, accusing him of setting up a committee that he never followed up. 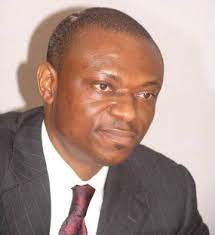 Crue! Chilling, confessions of the callous: How we killed Elozino Ogege, by the gang of Yahoo plus ritualist