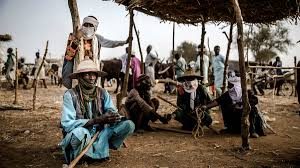 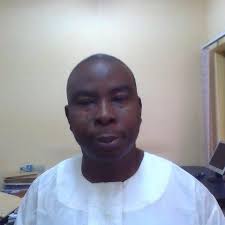 By Idang Alibi
If I were in a position to advice and I was sure of a listening audience and was convinced in my heart that my intervention will influence a positive decision to act otherwise, I would have strongly advised against running the angry editorial entitled ‘’Obadiah Mailafia’s Outrageous Falsehood’’ which our paper, the Daily Trust, ran on Dr. Obadiah Mailafia on August 16. That editorial was written in extreme anger and was in very, very bad taste. The point it sought to make that a man of Mailafia’s standing ought to have been more circumspect in his public comments was completely overshadowed by every line of hateful and hurtful abuse it rained on him. The Trust pen simply dripped with venom.

In it, the paper lampooned Mailafia’s academic and career attainments and his claims that the sources of his allegations on a radio interview were market men. Even if Mailafia had goofed, and he has every right to goof because come to think of it, he is human after all, it was not in good taste to have spoken of him in such derogatory language. I have many reasons why I think it is improper for the paper to have done what it did to Mailafia.

Number one, Obadiah Mailafia was a member of the Daily Trust Editorial Board. He was recruited to be in that elite place in the newspaper house on the bases of those academic and career attainments now being called to question. And for the few months he was with us, he never disappointed. He made very insightful contributions and wrote several well received articles that promoted both the paper and the cause of humanity. To now use the same paper to question his credentials and his career attainments and to mock at him as a possibly fake person who was mistaken to be brilliant is rather hypocritical and in very bad taste indeed. It is not cricket. Mailafia is a solid intellectual, a ‘’brain box’’ as we used to describe some of our brilliant friends in the university. You cannot take away that from him even if he does not measure up to your expectations of him in his interventions in politics or other spheres.

If I get into public office or remain as a simple private citizen and the Trust writes against me the kind of editorial it wrote against Mailafia, who was one of their own, I will feel a deep kind of betrayal that will last me a life time. Crocodiles should not be seen eating their own eggs! As my Bekwarra people will say, if crocodiles eat their own eggs what will they not do to the flesh of other animals? Let other papers which I feel are not my own write anything negative about me but let it not be the Trust. I believe that if the Trust does not write and attack me its writers will not die and the paper will not fold up.

In my humble life I feel that a people need to sometimes keep quiet on issues of public concerns not because they do not have what to say but simply because intervening will not be perceived in good light no matter your objectivity. There are times when I keep mum telling myself that if I do not say something there are always people out there who can be trusted to say exactly what I would have said. What they say may not carry my significance but sometimes they will even do much more than what you will say because they will do it in a much cruder form! This wisdom has guided my interventions in our public life. You can call that the politics of writing because there is politics in almost everything!

Number two, the Daily Trust is founded and owned by some bright Katsina Fulani men in association with friends from elsewhere in the country. Rightly or wrongly, there is the perception out there that Daily Trust has been pressured and railroaded, much against its will, to support the Buhari Administration and that it has now adopted the government as ‘’our own’’. For the paper to therefore write an editorial using the type of foul language it did on Mailafia, a ‘friendly stranger’, showed that it was fighting the battle of the Buhari government. The best way Trust can help Buhari is to appear fiercely objective so that when it chooses to help the Administration it will not be obvious and therefore more effective.

Number three, to add salt to injury, my friend, the popular columnist and former Chairman of the Editorial Board, Mallam Mahmud Jega, who is not usually given to abuse or foul language, weighed in on the Mailafia controversy with a very acerbic and acidic outing in his column of Monday, August 24 entitled ‘’With Oxford PHDs Like Malafia’’ which thoroughly mocked at and savaged Mailafia. It now looked like a conspiracy of the big Hausa-Fulani –Muslim North to pummel a small Christian northern minority man to smithereens.

And other people begin to wonder: is there something else some of us cannot see beyond Mailafia’s allegations or is it merely the outcry of a man who feels he and his people are being persecuted without the protection of the governments that should save them from oppression? If there is nothing to Mailafia’s allegations why use a sledge hammer to knock him and if there are some elements of truths to them but he cannot just substantiate them why not look into the issue he is drawing attention to?

Number four: I have every cause to believe that it was mainly the hostile outings of my Daily Trust people which reflected official anger that led the DSS to extend another invitation to Mailafia to ‘visit’ them again over the whole issue. And in this, I feel very ashamed that in recent years, the DSS seems to have become the coercive wing of every administration that is in power rather than play its role as the objective, impartial, impersonal, conscientious defender and protector of the Nigerian state. In fact, if the DSS and other security organisations were playing their roles as objective and unbiased arbiters, the issue in Southern Kaduna and elsewhere would not arise at all. Whether the DSS and the Fulani Establishment know it not Mailafia is becoming a symbol of the oppression Northern minority ethnic groups say they are victims of. And as Maiafia is not tired of stating, his people are a warrior tribe who have never been conquered by the Fulanis. Any perception that Maiafia is being intimidated by the Fulanis or their agents will only harden their resolve never to bow.

Number five, as pointed out, the Trust is a Fulani paper. Mailafia is a minority from Randa LGA in Southern Kaduna. What got Mailafia into trouble with the Federal Government run by a Fulani man is that his people and other minority ethnic groups in Kaduna are allegedly being killed by Fulani people both native and foreign in mass numbers. In fact the people of southern Kaduna believe that the Fulanis are acting without restraint because they receive official backing of both the Kaduna and Federal Governments run by two Fulani men.

Whether this claim or perception is correct or not the fact remains that so many damn foolish things are happening n Southern Kaduna and many, and far too many, Nigerian citizens both Fulanis and minorities are getting senselessly killed there. Anyone whether Nigerian or a citizen of the civilized world ought to be outraged about news coming out about the pogrom going on there. As an enlightened member of one of the minority groups suffering the killings in Kaduna, Mailafia has the right and duty to voice out what he feels is the source of affliction of his people. Trust’s ‘hate speech’ against Mailafia tended to show that it was fighting the Fulani cause against Mailafia and his minority Randa people in Southern Kaduna and not doing an impartial, objective journalistic work.

For me, rather than lampoon or oppress or seek to humiliate Mailafia, the sensible thing this nation needs to do right now is to focus attention on what I choose to call the ‘’Fulani Problem’’ of Nigeria. From north to south and from west to east, the Fulanis are building up deep resentment against their group because of the way they pursue their means of earning a living. Their mobile herds eat up people’s crops. Some of them are engaged in kidnapping, rape and plunder. It is true that some of the natives steal their cows and also kill some of them but when they retaliate they do it way out of proportion to the original crimes or crimes against them. Whosoever are the culprits in this tense relation, the question is: must we continue to allow these foolish things to happen? Can Nigeria survive the daily hemorrhaging from these very ugly incidents? Is there no sheriff in this county called Nigeria? Should everyone do as he or she pleases? Can we survive a life under this setting? What is indeed the purpose of government amongst men? Is it to siddon look while the people are tearing themselves apart? Or worse, take sides as is alleged by some of the parties in the dispute?
Whether it is the Fulanis who are right and the natives wrong or the reverse, the fact now is that this nation has a serious Fulani Problem on its hands which ought to be our focus. In fact, I even want to humbly appeal to the Daily Trust to make this their topic/theme for next year’s Annual Daily Trust Forum.

Is it right and proper that in the 21stcentury the Fulanis continue to move about with their herds causing inevitable abrasions with their hosts and neighbours or is there an urgent necessity for them to be made to stay in one place to raise their cattle? You see, as a member of the sedentary tribe, my query here may contain a bias already but this is why this Fulani issue needs to become a topic of public debate so that a consensus can be reached on it.

Some of my readers may have become aware of the fact that I have now become a very serious farmer. Each day I go to farm and see the tender tendrils of my cassava, rice, oil palm and beniseed it pains me to see them eaten up by a goat, cow or any other beast. Just as the Fulani hold their cows as highly priced assets so do farmers regard their crops as their lives or what defines their significance.
I want to plead with Buhari and my many Fulani friends and acquaintances that deep resentment is building up against the Fulanis and they should not allow this to solidify. Nigeria fought its first civil war against the Ibos. Let it not be that the second one will be against the Fulanis. The Fulanis should reflect on the type of non-Fulani communal anger that was unleashed against them in Central African Republic. Let the Fulanis take care so that such a dreadful thing does not happen to them in Nigeria and the rest of West Africa.

• Idang Alibi is an Abuja-based journalist, farmer and peace advocate.