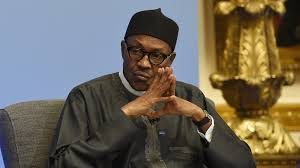 (Published in the Nigerian Tribune on Monday, 14 September, 2020)

Former President Olusegun Obasanjo, a few days ago, declared that Nigeria was becoming a failed state. He said the nation’s hitherto healing fault lines had been reopened by Buhari’s Fulani-first regime. Victims of the ongoing tragic experiences applauded Obasanjo. They said he spoke their pains and gave voice to the tears in their wreckage. The Buhari government and its ally, the Arewa Consultative Forum, abused the former president. To them, the country is perfect even in its manifest unwellness. In blithering chorus, they said the shrill in Obasanjo’s cries was mere politics, doleful and howling.

The Buhari administration has widened Nigeria’s fault lines. That is the accusation – and it is a serious charge. Check the meaning of earthquakes and their relationship with fault lines. A crack on a rock surface is a fault. And faults do not just form; they are caused. Science tells us that a fault is formed as a brittle response to stress. The synonym is fracture. When the stress on a rock is great enough, it cracks. That is what Obasanjo spoke about. Mismanagement of our diversity has cracked the foundation of Nigeria. The country has become a sad metaphor for structural engineering failure. Do we really need an Obasanjo to tell us that this project has failed, if we are a normal people? What does it take to know you live in a failed state? You know that the house has fallen when nothing works except crime; when the state blocks punishment and deterrence from pursuing crime and ‘anything goes’ is planted in the heart of the nation. You know Nigeria has failed when you remember that it has a president and a government but the country has been allowed to become a huge camp of 200 million internally displaced persons.

I will explain. The president is from Katsina State but there are fear-stricken Katsina residents who work in Nigeria but sleep in Niger Republic. They fear death and abduction and know Nigeria won’t save them from murderous bandits and invincible kidnappers. Their coping strategy is to do their daily businesses in Nigeria and move, at dusk, to Niger Republic to have fear-free nights of undisturbed sleep. It is their way of staying alive; their Nigeria has failed them. If you doubt me, read Daily Trust of January 20, 2019. In case you are too scared to venture out to look for it or you simply cannot get it to read, I am posting quotes here from that newspaper of the North. It said a visit to Jibia and Magama border towns by its correspondent “showed that most of those who moved to Niger spent the day running businesses in Katsina and returned to Maradi or Dan Issa (in Niger) to pass the night.” All their businesses and social life are based in Nigeria, but their new homes are in Niger.

“I can tell you about 25 of us are presently living in Niger Republic. I, for example, have been there since a botched attack on my residence. This is my fifth year in Niger; I’m there with my 11 children. I was renting a house for three million CFA for three years, and decided it would not be wise to continue that way, so I decided to buy my own house, which I’m presently residing in. Now I have gotten a resident permit, a national identity card, and all entitlements of my landed property, and my children attend school in Niger,” the report quoted one of them as lamenting while pointing at a scar on his head which he said was from a cutlass wound he got from an attack on his home in Jibia.

He continues: “Every day I come to Jibia and attend to friends and businesses at my friend’s stall. I can only return home when things normalise. Even yesterday, we coughed up N500,000 to secure the release of one of our sons. He had been in captivity for 30 days,” the man said and stressed that they relocated to Niger out of necessity because “we only have one life to live.” The report added that most of the villagers of Fafara, Shinfida, Tsambe and Gurbi, all of Jibia Local Government Area of Katsina State, slept in neighbouring Nigerien villages of Bimma and Gabi, even though the villages on the other side of the border were not better off in terms of development, but they had peace. A resident of Fafara village in Jibia said bandits had constituted themselves into the law in the area. “They determine what happens and when it happens,” he said.

That was last year. If anything different has happened in that corridor of blood and mass suffering since that report was published, it could only be something worse. And the fracture is not only in Katsina. Remember the unending tragedy called Southern Kaduna and the killing fields of Zamfara, Sokoto and Niger states?

Now I ask the ACF and its government: what is the definition of a failed, fractured state?

Let us come a little down south. Is the taste of the poison different here? The Yoruba-speaking people of Kogi State sent a memorandum to the Senate last week. There are about a million Yoruba (Okun) people in that state. They want a sovereign national conference that would free them from the atrocities of “some groups who kill and pillage at will while the Federal Government is unable or unwilling to stop them.” A further movement down south completes the story: The body of a one-time captain of Nigeria’s scrabble team, Paul Sodje, was found in a bush in Idoani, Ondo State, on September 1, 2020, according to recent reports. Sodje was said to have taken ransom money to suspected herdsmen who kidnapped his brother, Chris, when he was killed. His killers were apparently the kidnappers. A newspaper said “Chris was going for his uncle’s funeral in Okwagbe, Delta State, on August 28 when he was kidnapped at Ifon, Ondo State. The Fulani men demanded N100 million but later reduced it to N1 million. His wife, Flora, and friends rallied round to raise the ransom. Then his elder brother, Paul, and a friend took the ransom to them; yet, the Fulani men murdered the two of them. Chris has not been found and the kidnappers have stopped communicating with the family. Idoani elders who were searching for their kinsmen, who were also kidnapped, saw Paul Sodje’s body and that of the man that accompanied him to the herders’ rendezvous. They took the bodies to the Federal Medical Centre, Owo.”

You also remember that on September 5, last year, Gideon Okedayo, a professor of Mathematical Sciences at the University of Science and Technology, Okitipupa, Ondo State, was kidnapped at Akoko junction by these bandits. His decomposing body was found days later in the bush. There are several other cases. The list is endless. There is hardly any part of the country that is free of the blight of general insecurity, banditry and kidnapping.

Yet, the ACF and its federal government say Nigeria is working.

And in almost all the cases, the word ‘herdsmen’ pops up, many times in muffled tones. What do they want? Power. Money. Land. Water and waterways. Rivers and river beds.

If Nigeria’s fault lines have become widened in the last five years, it is largely because of the structure of the security forces, the criminalities of the herdsmen and the apparent accommodation they get in the Federal Government’s body language. When a people believe they are superior to others in a union and can do whatever they like because they are in power, that union is doomed. F.W. de St Croix was the Inspector of Livestock at Nigeria’s Veterinary Department in 1945. St Croix had a very close affinity with the Fulani in his years in Nigeria. He explored (exploited) that familiar opportunity to write ‘The Fulani of Northern Nigeria’, a 75-page seminal, close-up portraiture of the Fulani and their cattle. While describing the Fulani as “reticent regarding his affairs” including “his wrongs, real and fancied,” St Croix says the Fulani would not mind “to stoop to the meanest tricks in order to revenge themselves on another.” He says the Fulani is also “not liable to run away in fights in which knives, swords or other weapons are used.” He added for great effects that the Fulani’s “feeling of superiority tend to erect a barrier between them and their neighbours.” That should explain Obasanjo’s thesis on Buhari’s mismanagement of Nigeria’s diversity and the riposte from those to whom the pains of failure and of insecurity are signs of ethnic victory. Herdsmen are Fulani, the president is Fulani, the presidency has never condemned these elements whatever they did. Whenever the state is forced to speak, it wrings its tongue in duplicitous helplessness and holds out appeasement as food for the felons.

Five-Star General Douglas MacArthur of the US army warned long ago that, in war, appeasing the enemy never works. With an immense sense of history, the legendary General held that “appeasement begets new and bloodier war.” He likened it to blackmail and explained that “it lays the basis for new and increasingly greater demands until, as in blackmail, violence becomes the only alternative.” We have seen the truth of this in the foggy amnesties for bandits, terrorists and kidnappers of northern Nigeria. Like MacArthur, our president is also a General but with a radically different conviction on how to win a war from his side of the country. Last week, he veered off to his favourite terrain – the herdsmen matter. He spoke with trenchant vigor on the injustice Nigeria did to cattle and the special men who drive them. Buhari accused Nigeria of criminally taking over Fulani herdsmen’s assigned exclusive portions of our landscape. Our president said: “I asked the minister of agriculture to get a gazette of the early 60s which delineated the cattle routes…Very very Important persons, they encroached on the cattle routes, they took over the cattle rearing areas.” That was President Muhammadu Buhari last week at a strategy meeting with his ministers. Amidst horrendous tales of atrocities of herdsmen, the solution our leader could think of was in the provisions of the Fulani Amenities Proposal of 1954, the Grazing Reserves Gazette of 1964 and the 1965 Grazing Reserve Law of Northern Nigeria. Was he talking about the reserves that are today’s abode of bandits or the very ancient Fulani routes from Kano and Zaria and the line through Sokoto, Jega, Yelwa, Bussa, Nikki and Yashikera – all meeting in Ilorin?

Is it not a shame that while 21st century world leaders are thinking about the latest technology to rebirth their nations, all that our president could think of were bovine routes that would make his kinsmen and their cattle move from Sokoto down South “in a thirty to thirty-five day trek” and further take triumphal stroll from Kano to Lagos “for fifty to sixty days.” But Nigeria cannot trek, with its fractured spine, to greatness nor will it ever strike gold by riding cows through ancestral routes. And certainly we cannot talk peace when cows plow through southern farms as a right and without consequences.
* Source: Nigerian Tribune.

Live up to demand of your offices, Esiso urges PDP youth leaders

Crue! Chilling, confessions of the callous: How we killed Elozino Ogege, by the gang...