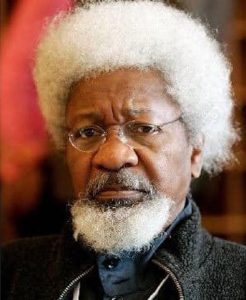 When I returned from abroad just over a week ago, an extraordinary welcome gift awaited me. It was a movement – sometimes angry, sometimes rousing and moving, sometimes shrill, certainly with high expectations but always soulful, visionary, organized. The movement called for an end to the brutality of state security forces, especially the notorious SARS police unit. Of course, SARS stood for parasitic governance as a whole.

The movement included lawyers, feminists, technocrats, students, prelates, industrialists, artists. She was young, her energy, her creative power shone through the whole nation. Most of all, she was neat. Sometimes you could feel vibrations like a Woodstock echo, or like the mass marches of the yellow vests or the waves of Solidarnosc or, lastly, the patient, stoic gatherings of Mali.

These youth pumped fresh blood into tired veins. What a blessing to be alive during this time and to witness how the youth finally begin to take their future into their hands.

But – and haven’t we been here before? – suddenly, overnight, everything changed. The state security services – we have yet to find out who exactly – carted thugs to disperse the protests. The videos are here, glittering convoys with hidden license plates collecting thugs and criminals and then spitting them out to break the peaceful protests. The mercenaries set fire to the cars of the protesters, attacked the assembled youth with clubs and machetes, stormed at least one prison and released the inmates. Some of these vandals, as we now know, were prisoners themselves who were hired and who were presumably not only paid for with money. The number of victims rose only sporadically and finally culminated last night with the killing of an as yet unknown number of protesters in a district of Lagos called Lekki.

These youth pumped fresh blood into tired veins. What a blessing to be alive at this time
This diabolical intervention abruptly and devastatingly changed the mood of the protest. Anger and nihilism take hold, for the first time, and soon dominate the emotions. Organized militancy is being replaced by vengeful hatred that spreads in all directions. The capital Abuja has gone up in flames in several places, including the famous Apo market, the name of which evokes memories of an old SARS massacre of young people, the “Apo Six”.

On October 20th, I drove to my hometown Abeokuta by car to be home when the spiral of violence turned pointlessly in all directions. I negotiated my way through eight or nine protesters’ roadblocks before I had to turn back. It was a single déjà vu: the uprisings in what was once the western region of Nigeria, the resistance against the Abacha dictatorship. But through my travel attempt I was able to assess the mood and the transformation of the movement. I was better prepared. I postponed my trip to the next day, the morning of October 21st.

In the meantime, however, in the following eight to ten hours, the tension has become unimaginable! In the Lekki district of Lagos, where most of the gatherings took place, soldiers opened fire on unarmed demonstrators, killing and injuring an as yet unknown number. One of those extrajudicial killings soaked the Nigerian flag in the blood of innocent people, and not just symbolically. The video of it went “viral” as they say. I spoke to eyewitnesses on the phone. One of them, a well-known public figure, shared his experience on television. The government should stop fooling the nation with its petulant denials.

So at 6 a.m. that morning, I left for Abeokuta again. Again I had to negotiate my way through roadblocks, 12 to 15 this time, all ruled by ruthless anger. It was a merciless contrast to the protest feeling of the “common family” of earlier days. The inherent beauty of the sense of community and solidarity was blown away. The protesters were most persistent shortly before the seat of the Lagos State Government. In the end, they only forced me to do one rite of passage: I had to get out of my car and give a speech. I did. You didn’t know what I had in mind: “This is not real. That’s ‘Back to Abacha’, a grotesque replay.”

Human lives are an easier target than Covid-19

It is imperative for the government to understand that in the protesters’ demon album, the army has now taken the place of SARS. As far as I can tell, the governor of Lagos did not invite the army, he did not complain about a breakdown in law and order. Nevertheless, the central state acted in an authoritarian manner and inflicted a wound on the community that could hardly be healed. Do I need to add that upon arrival in my hometown of Abeokuta I had to go through another roadblock? It went off lightly. I was expecting it, and more are sure to be set up as I write this.

Some claim the ongoing protests will harm the economy and so on. That’s silly and unimaginative. Covid-19 has been wearing down the Nigerian economy, or whatever exists, for eight months. Of course, Covid cannot simply be brought to the ground with bullets – human lives are an easier target, and trophies can even be displayed as proof of victory, such as the blood-soaked Nigerian flag waved when one of the victims was murdered.

Governors across the country must do one thing immediately: demand the withdrawal of the soldiers. Immediately convene citizens’ assemblies. All-day curfews are not a solution. Take over the safety of your citizens with the resources you have at your disposal. Organize local law enforcement against the infiltration of hooligans and against extortionate and destructive opportunism. We mourn with the bereaved and urge the states to provide material compensation. To initiate healing – can we assume that this is desired? – the army must apologize, not just to the nation but to the whole world. The facts are beyond dispute. You, the military, opened fire on unarmed civilians. There has to be reparation and it has to be ensured that such errors do not occur again.

Then there can be a meaningful, long overdue dialogue between the government and their security forces and society. Don’t dictate. Dialog! 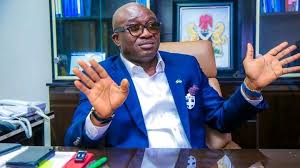