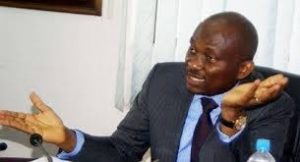 The Minority Caucus in the House of Representatives has reviewed the Thursday speech by President Muhammadu Buhari on the protest across the country and submits that the address did not meet the expectation of most Nigerians.

In a statement today, Friday, October 23, 2020 signed by the Minority Leader of the House of Representatives, Hon. Ndudi Elumelu, the Caucus said, “As representatives of the people, our caucus is particularly surprised that Mr. President’s speech did not find a space to address the killing of innocent and unarmed Nigerian youths at the Lekki Toll Gate; the very development that sparked off violent restiveness across the nation and consequent widespread demand for a presidential address.

Hon. Elumelu said that the Minority Caucus expected that the address by the President should come with some empathy for victims of the killings and other acts of brutality by unscrupulous security operatives, particularly at this time when soothing words from the President would have gone a long way to calm frayed nerves.

The Caucus said the expectation across Nigeria was for Mr. President to reassure Nigerians, especially the youths by forcefully condemning the killing and brutalization of young ones, announcing an accelerated independent inquiry into the circumstances surrounding the gruesome acts and setting a clear pathway for the much-needed overhaul of our security system.

The Federal lawmakers said: “The much desired national healing, peace, unity and stability of our nation anchor on such show of concern and commitment by leaders.

“As lawmakers, our caucus therefore urges President Buhari, as the father of the nation, to take further steps to realign with the expectations of the people and reassure the nation by immediately setting up an independent inquiry into these killings with a view to prosecuting and bringing the perpetrators to book.

“This is in addition to an inquiry into videos and reports that unscrupulous security operatives mobilized thugs to attack peaceful protesters and unleash violence on innocent Nigerians.

“Those behind such shameful act that escalated sectional hostilities and pitched citizens against one another should be brought to book.”

While urging President Buhari to urgently rejig the nation’s security architecture by replacing his service chiefs with more competent and professional hands to assist in effectively handling the security challenges confronting the nation, the Minority Caucus further urged him to take urgent steps to accelerate action on his economic reforms so as to provide ample opportunities for youths to gainfully participate in the country’s productive sectors and ameliorate the hardship, hunger and frustration in the land.

“The Minority caucus notes that history beckons and that the unity, stability, peaceful co-existence and general wellbeing of citizens in our country should be paramount at this point in our national life.

“Our caucus again, we commiserates with the families of the victims of this unfortunate development, while suing for calm across the country and urging for a collective action that will engender a united and peaceful Nigeria for the good of all,” Elumelu stated in the statement.

My conviction: An assault on the integrity of British justice, Ibori insists

PERSPECTIVE – Nobody need bring down the Buhari government