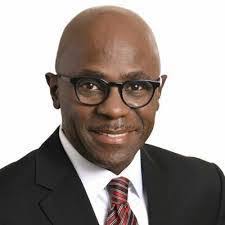 Nigerian Information Technology professionals based in the United States have joined the worldwide condemnation of last Tuesday’s shooting of #EndSARS protesters at the Lekki Tollgate in Lagos.

On behalf of the Board of Governors and members, the President of the American-based Nigeria-US IT Network, Dr. Michael A. Oriade, described the attack by the military against unarmed peaceful protesters as condemnable, reprehensible, and criminal.

In a statement titled, “Condemnation of Shooting of Peaceful #EndSARS Protesters,” the group lamented that the protesters conducted themselves peacefully and did not deserve to be subjected to the violence resulting in so many deaths and injuries.

“The Nigeria-US IT Network Inc. vehemently condemns the reprehensible action of the Federal Government and military authorities of the Federal Republic of Nigeria who ordered the shooting of peacefully protesting youths at the Lekki toll-gate area of Lagos, Nigeria, which resulted in the death and injury of several of the protesters,” Oriade said, adding that, “We identify with the courageous youths and commiserate with the families and friends of the fallen heroes.”

According to Oriade, the protesters had been exercising their constitutionally-guaranteed rights with utmost decorum and the security apparatus should offer them protective cover rather shooting at them.

“As the world observed, the protesters were peaceful and well organized in their conduct and did not pose any threat that could warrant the soldiers’ unleashing of violence against them,” the IT group pointed out.

Recalling the words of the famous civil rights activist, Martin Luther King Jr., the group stressed that the Lekki tragedy could not but provoke the humanity in people everywhere.

In the words of its President, “The late Martin Luther King said, ‘Injustice anywhere is a threat to justice everywhere. We are caught in an inescapable network of mutuality, tied in a single garment of destiny. Whatever affects one directly, affects all indirectly.’ ”
The group expressed commitment to supporting Nigerian youth with initiatives that would help build their capacity in the information technology space.

The Nigeria-US IT Network Inc. expressed confidence in the youth’s ability to build a dream Nigeria should the right atmosphere be provided, pointing out that, “This is all they have asked for in this protest.” 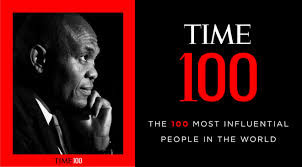 Made in Aba for the export market – THE PUBLIC SPHERE...