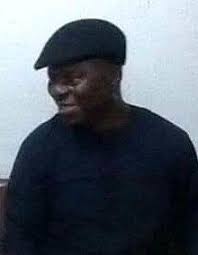 A socio-political group, the Isoko Advancement Network (IAN) has decried the conflict between the Oleh and Ozoro communities that culminated in carnage and the loss of so many persons on both sides of the conflict.

IAN National Chairman, Chief John Odhomor on behalf of the Patron, Chief Ovuozourie Macaulay, Okiroro of Isokoland, while commiserating with the families of the victims, he condemned the killings over alleged communal land dispute between Oleh and Ozoro kingdoms, describing the incident as avoidable and unfortunate.

The IAN leader who noted in a statement he signed that peace was priceless and that terror was senseless, appealed to the peace loving people of Oleh to avoid reprisal attacks as this would escalate the already unfortunate situation. He counseled that both sides should exercise abundant restraint in the greater interest of Isoko, because it will be devastating to have escalated hostilities between the two administrative headquarters of the Isoko nation.

Chief Odhomor further noted that the issue is now beyond the Isoko Development Union alone and as such must work in sync with government to find a lasting solution to the lingering crisis.
He said: “We call on both sides to exercise caution in the interest of peace. If hostilities continue, it will lead to a very destructive war that can bring about wanton loss of more lives and properties. We cannot afford the cost of this looming crisis. It will disrupt the advancement and gains we have made as a people.”

He advised sons and daughters of Isoko, especially on the various social media platforms to call and mobilize for peace between Oleh and Ozoro, noting that to silence this crisis, we must all raise the voice of peace. “our people, especially the users and administrators of social media spaces should use the tool of social media to as much as possible de-escalate the already tensed situation,” Odhomor said.

While commending the Leadership of both Isoko North and South Local Government for their respective efforts towards peace building in the ethnic nationality, he called on the State Government to immediately meet with critical stakeholders on both sides, with the aim of restoring lasting peace to the area.
He called for an all embracing Peace and Reconciliation Committee to be constituted to lay to rest all issues that have led to the crisis in the first place. He also called on the traditional institutions and leaders from both communities to call for calm in their domain noting that no meaningful development can thrive in an atmosphere of crisis.

“There should be only one fight in our beloved Isoko today: our shared battle for the advancement of the interests of the Isoko ethnic nationality. Poverty, unemployment, hunger and marginalization of the Isoko ethnic nationality should be the war we must win, he said, pointing out that to push Oleh and Ozoro into a battlefield against each other will only herald dire social, economic and political consequences. “We must strive for understanding of one another, and in the words of Albert Einstein: ‘Peace cannot be kept by force. It can only be achieved by understanding’.”