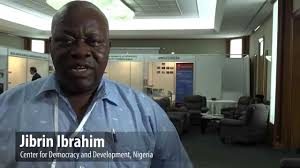 By Jibrin Ibrahim
In 2003, I wrote an essay drawing lessons for Africa from the collapse of ethnic federalism in Yugoslavia and other parts of the former Soviet Bloc. The main lesson was simple, Comrade Stalin had imposed a federal structure based on ethnic federalism and in history such federations last only as long as the “strongest” ethnic component can oppress the others. Ethnic federations by definition focus on ethno-linguistic differences alone and are usually held together by a hegemonic group that is able to lord it over the others. The hegemonic hold is difficult to sustain as differences, not similarities, become the sole object of focus and concern until the system cracks at the seams.

This is what we are witnessing in Ethiopia today as their ethnic federation unravels. The system was established in 1991 following a 17-year old armed struggle against the Derg military dictatorship led by Mengistu Haile Mariam. The winner of the war was the astute military commander, Meles Zenawi, up to then, leader of the Tigrayan People’s Liberation Front (TPLF) and the national coalition, the Ethiopian People’s Revolutionary Democratic Front (EPRDF). The ethnic federalism he established from 1994 was designed to contain the power of the Amhara ethnic group and place his own ethnic group in control through the 1994 Federal Constitution which divided Ethiopia along ethnic lines into nine ethnic federating States and two multi-ethnic “chartered administrations” – Addis Ababa and Diredawa. As events unfold in the country, it is difficult to see how the federal system would endure as various groups seize the opportunity to fight their battles.

Currently, there is no genuine, (I know this term is a Nigerian invention in the glossary of federal concepts), federalism in the African continent. The independence attempts all failed. The promise of the Mali Federation between Senegal and current Mali lasted only from 1959 to 1960. Cameroon lasted between 1961 to 1972 when the autocracy broke the independence promise made to the Anglophones. The carefully crafted Libyan Federation lasted between 1951 and 1963 and the fault lines it sought to address at that time are exactly the lines of armed conflict today. The original Ethiopian Federation lasted between 1952 and 1962 with the annexation of Eretria, a problem that led to a long civil war and secession, with Eritrea currently heavily engaged in the current battle against Tigray. Finally, the Ugandan Federation established in 1961 was dismantled in 1966 opening the path to civil war and the emergence of dictator Museveni. It is easy to dismantle the federations but not the problems that led to their establishment.

Africa is the continent with the greatest need for federal systems and yet it is the place that is the fastest in dismantling its federations. The reason is simple. Federalism works only if the system is truly democratic and all contests are resolved through the process of constitutionalism. Africa’s dictators and tin gods have therefore shown absolutely no tolerance for federalism. The people on the other hand have in many African countries struggled for federalism and have often moved on to secessionist demands when they have found the path to “genuine” federalism blocked.

Nigeria is the last African country standing for federalism, at least at the level of rhetoric. Even successive Nigerian military regimes consistently affirmed their commitment to federalism in spite of the reality that military authoritarianism is antithetical to federalism. This is because from the very beginning, Nigeria developed a consensus that its future can only be good if it is federal and democratic. Shortly after amalgamation in 1914, dialogue started on political futures leading to the introduction of the Clifford constitution in 1922 with provisions for the establishment of a legislative council for the protectorate of southern Nigeria as well as the introduction of elective position for the colonised. It was only after the Second World War that real dialogue started leading to the Macpherson’s Constitution of 1951 after consultations from the villages, districts, provincial, regional levels, finally crystalizing in the January 1950 constitutional conference at the national level. Other pre-independence national conferences were the 1953 and 1954 constitutional conferences which gave birth to the Lyttleton’s Constitution of 1954, which firmly adopted Federalism as a structure of the country. This 1954 consensus on federalism has never been seriously questioned except during the Ironsi regime when the centralisation decree was enacted.

Following the coup that brought General Gowon to power, the Aburi Accord turned full circle to a confederal solution which Gowon subsequently renounced leading to the civil war.
Debating Nigeria’s federalism became very intense following the annulment of the June 12, 1992 General Elections. Some groups made strong representations for a: “Conference of Ethnic Nationalities” as constituents to restructure Nigerian federalism along ethnic lines. The group – Pro-National Political Reform Conference (PRONACO), under the leadership of Anthony Enaharo proposed what they called a “the People’s Constitution” to transform Nigeria into an ethnic federation. As I have always said, ethnic federalism is the fastest way to completely dismantle our country which is why I oppose it.

The current federal arrangement was bequeathed by the military. Under their tutelage, the four previous regions were transformed into twelve, seventeen, nineteen, thirty and currently thirty-six states. The more States you have, the weaker each one is. The three regions in the First Republic were economically and financially independent. They generated roughly 50% of their revenue and shared the collective revenues of the federation equally on a fifty-fifty basis with the federal government. But the rise in oil revenue and consistent centralization of power has seen a reversal in fiscal arrangements: centrally collected oil revenue now provides over 80% of all public revenue and 90% of export revenues. The problem is that in Nigeria, the states are not required to function as self-sufficient units. They are resourced and maintained through the distributive actions of the Federal Government. This element of Nigeria’s fiscal federalism accounts for the political culture of centralisation in the country. It is not surprising that states bred in the culture of dependency are unable to generate their own tax base as petroleum rent is the main motor of governance. Fiscal centralization has meant that the federal centre exercises exclusive control over the distribution of all oil revenue accruing to the country. Our problem of federalism therefore is not rooted in ethnic dynamics. We are simply not adhering to the core principles of federalism.

Another key issue in Nigeria is the weakness of the separation of powers. Under military rule, there was no parliament and the judiciary were subjected to military authority. The result was that the executive arm became “overdeveloped” relative to the two other arms of government. This history of executive dominance has made it difficult for the legislature to play its role fully in the democratic system. The legislature has however been making bold attempts to play its role on an equal footing. The legislature in the Second Republic for example only passed bills that emanated from the executive. Under the Fourth Republic however, many private members bills have been passed into law.

Genocide, hegemony and power in Nigeria

An open letter to Alhaji Sir Ahmadu Bello, the Sardauna of Sokoto