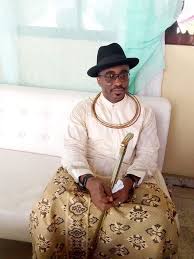 The Chief of Staff to the State Governor, Olorogun David Edevbie has call for the restructuring of the revenue allocation formular in favour of the state and the local government in the country.

Edevbie made the call when the Delta State Local Government Legislative Leaders Forum visited him in his office in Asaba.

The Chief of Staff stated that the present revenue allocation formula adopted since 1983 was long overdue as the state and the local governments have more functions at their disposal than the federal government.

According to Edevbie, “When you look at the local government and the state functions and responsibility compared to what comes to them, it is not equitable. More money needs to go to the local and state government.”

Earlier, Ethiope East Legislative Leader and Forum Leader, Hon. Victor Ofobrukueta, had called on the state government to make a pronouncement for two term tenure for local government honourable members as the one term tenure was not enough to learn the rope.

Hon. Ofobrukueta also appealed that the honourable members should be allowed to go with the official cars given to them as benefit and for rose who were not given, something should e made available for them.

In the same vein, the Chief of Staff to the State Governor, Olorogun David Edevbie has call on artisans in the State to give their maximum support to the administration of Governor Okowa to enable him fulfill his promise of Prosperity for All Deltans.

Olorogun Edevbie made the call when the Delta State Union of Professional Carpenters paid him a courtesy call in his office in Asaba.

According to Edevbie, “Your Excellency has been very much concern about reducing the poverty level of the State by increasing employment and he also want to ensure that any small business thrives because he knows that small business is the engine room of economic growth.”

He assured the Union that they are part of the SMART agenda of the State Governor, saying, “The governor has in the pass got AT&P in Sapele to do some work for the state in term of constructing tables and chairs for schools.

Earlier, the President of the group, Hon. Onoriode Joshua appealed to the State Government to recognise the Union in the scheme of things, especially in the construction of tables and chairs for schools in the State as the Union do not compromise standard.

According to Mr Joshua, the governor had earlier made promise to engage them in the construction of 50% of state tables and chairs, saying that instead of bringing ‘experts’ from outside to do government job, “we have able bodied Deltans who can do very well in constructing tables and chairs according to standard. 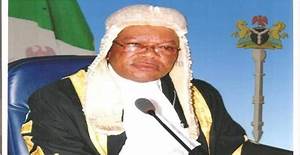 2019: Revealed, why Macaulay hosted Okowa, ex-SSG proclaims victory for PDP ahead of polls

PERSPECTIVE – When justice flees the judiciary, the country dies a little