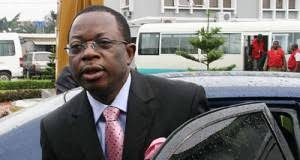 Delta Governor, Senator (Dr) Ifeanyi Okowa, has congratulated Justice Samuel Oseji on his elevation as Justice of the Supreme Court of Nigeria.

In a statement by his Chief Press Secretary, Mr Olisa Ifeajika, in Asaba, the governor expressed delight at Justice Oseji’s new position in the nation’s judiciary, saying it was a deserved recognition.

Justice Oseji, an illustrious and experienced jurist from Delta was among the eight justices sworn in on Friday by the Chief Justice of Nigeria, Justice Tanko Muhammad.

Okowa said that Oseji’s elevation to Supreme Court was a welcome development given his experience at the High Court and Appeal Court, and expressed optimism that he would bring his wealth of experience to bear at his responsibilities at the apex court.

“On behalf of the Government and people of Delta, I congratulate his Lordship, Justice Samuel Chukwudumebi Oseji, on his swearing-in as a Justice of the Supreme Court of Nigeria.

“As an experienced jurist from Delta we are confident that he will bring his wealth of experience to bear in his new assignment.

“His appointment no doubt, is a fulfillment of the constitutional requirement in a democratic society as Nigeria.

“As one of the three arms of government, it is imperative that the Judiciary more than ever must ensure that its independence is not jeopardised in any way or form to enable it to perform adequately as enshrined in the Constitution of the Federal Republic of Nigeria,” he stated.

The governor wished Justice Oseji a successful tenure at the Supreme Court.

PERSPECTIVE – The 15 page treatise by HRM Charles Anyasi, Obi of Idumuje-Unor – A mixture, half truths and outright attempt to circumvent a...

Sam Obi: Ute-Okpu in carnival celebration of one they call a legend of all...