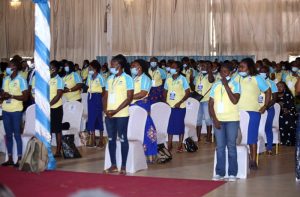 A cross session of beneficiaries of Delta State Women Empowerment Skill Acquisition Programme (WESAP) by the State Ministry of Women Affairs during the flag off ceremony of the programme in Asaba. Monday 16/11/20. PHOTO: BRIPIN ENARUSA.

Delta Governor Ifeanyi Okowa, has said that women empowerment needs to be tackled with concerted action to bridge widening inequality gap in Nigeria and African.

The governor stated this while inaugurating Women Empowerment and Skills Acquisition Programme (WESAP) in Asaba on Monday.

He said that the issue of women empowerment had for a long time been more than a national concern.

He observed that in most African traditional societies, experience had shown that in spite of comprising majority of the population, women were routinely abused, marginalized, and discriminated against, particularly in the economic sector.

According to the governor, both experts and policy makers agree that empowering women, especially the poor rural women, is fundamental to economic development in Nigeria.

He said that financial freedom for women meant more confident women, less burden for the men, better living standards for the family, improved communities and a sense of fulfillment.

Okowa said that the state government had taken a step further in its entrepreneurial and skills acquisition training programmes by unveiling WESAP patterned after other entrepreneurship development programmes such as STEP, YAGEP, GEST and RYSA.

He said that with the introduction of WESAP, the state government had covered virtually every vulnerable group in the society in its continuing efforts to create wealth, achieve social inclusion and develop sustainability.

“Since we came on board in May, 2015, we have undertaken several measures, especially through the Ministry of Women Affairs and the Microfinance Scheme, to lift our women out of poverty and enhance their participation in the economy.

“We are taking it a step further today by unveiling the Women Empowerment and Skills Acquisition Programme (WESAP), patterned after our other entrepreneurship development programmes, namely, STEP, YAGEP, GEST, and RYSA.

“As some of us here may be aware, women empowerment has for a long time been more than a national concern; it is a recurring global issue and one that needs to be tackled with concerted action to bridge the widening inequality gap in Nigeria and the African continent.

“In most African traditional societies, experience shows that in spite of comprising the majority of the population, women are routinely abused, marginalized, and discriminated against, particularly in the economic sector,” he said.

He added that “experts and policy makers agree that empowering women, especially the poor rural women, is fundamental to economic development in Nigeria.

“Financial freedom for them means more confident women, less burden for the men, better living standards for the family, improved communities, and a sense of fulfillment.

“In introducing WESAP, we are mindful of the fact that our women need more than periodic handouts; they need 21st century skills that will enable and stimulate them to produce marketable goods.

“The enterprises for which the women will be trained cover trading and agri-business, with active participants drawn from market women, artisans and small farm holders.

“Our women are known to be very resourceful and good managers. Hence, I am confident that the 460 women that are being empowered today will do the State Government proud, and will be good return on investment.

“It is our earnest desire to drastically scale up the number of participants in this programme by next year, and thereby include many more women in this social safety net.”

In her remarks, the wife of the governor, Dame Edith Okowa, said that WESAP was a continuation of what her husband’s administration had been doing vis-a-vis skills acquisition and empowerment programme.

While saying that it was an incontrovertible fact that white collar jobs hardly existed in the contemporary Nigerian society now, Dame Okowa implored those elected and appointed into positions of authority to imbibe the noble idea of empowering people in the society.

She congratulated the 460 participants in the Women Empowerment and Skills Acquisition Programme for being successful in the selection process, and urged them not to sell the starter-packs that would be given to them on the completion of their training.

She advised them to embrace Jesus Christ to enable them succeed in life.

Earlier in her welcome address, the Commissioner for Women Affairs, Community and Social Development, Mrs. Flora Alatan, had disclosed that the Okowa-led administration in the state placed high premium on youths and women empowerment, pointing out that the 460 beneficiaries of the WESAP were carefully selected from the 25 local government areas of the state through a transparent process.

Mrs. Alatan who applauded Governor Okowa for his exemplary and exceptional commitment to issues bordering on empowerment of women and youths in the state through various skills acquisition training programmes, said that the 460 participants in the programme would be trained for four weeks.

The Commissioner therefore, urged them to reciprocate the state government’s gesture by being passionately committed to the training programme.

In their separate goodwill messages, the Chairman, House Committee on Women Affairs and Housing, Hon. Ferguson Onwoh and the Chief Whip in the State House of Assembly, Hon. Princess Pat Ajudua applauded Governor Okowa for his massive investment in women and youths development initiatives. 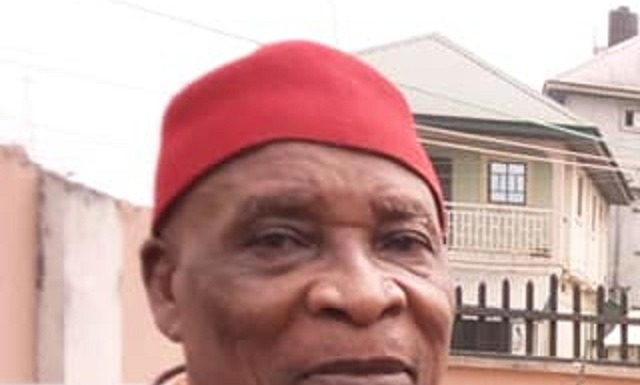