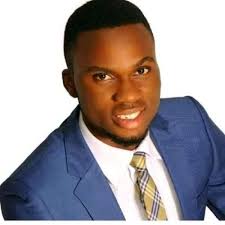 By Ikechukwu Chukwudi (Abuja)
Outgoing President of the National Association of Nigerian Students (NANS) Comr Chidi Ilogebe has restated his neutrality in the elective convention of the apex students’ body.

Speaking to newsmen at the NANS Presidential Debate organized by the Nigerian Students Debate Group NISDG, the President said “what we must learn to abide by is fairness, comradeship and justice; this were important factors that pushed us to ensure that we get a credible transition process underway.”
He continued: “Today, the process has started and I want to assure everyone that I do not have a preferred or anointed candidate. Therefore, I enjoin all stakeholders, aspirants and students to see this as the authentic process. I also urge my successor to be ready to rise to the occasion in the welfare, well-being and development of the Nigerian student.”

Speaking further, the former VP National said that NANS was an organization that had so many members and thus conflicts are very normal. He said: “However what we owe ourselves is sincerity and to provide a structure that is all inclusive for everyone to feel the sense of belonging that is needed. That is why you see my brother Comrade Patrick Afubera chose the path of honour in stepping down and disassociating himself from the other side which acts through illegitimacy. From this you can as well be reassured that NANS is United and holding a unity convention right now, as those that will emerge are to be seen as the representatives of the Nigerian students’ leadership.”

Comrade Ilogebe also emphasized the need for government to provide the enabling environment for the concrete resolutions and actions from dialogue with the Nigerian students’ movement.
“The take home from the #endsars protests is for the government to be more willing and disposed to conversing and dialoguing with students, as they constitute a major part of the youth movement,” he said.