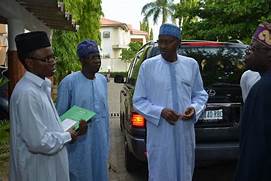 The Peoples Democratic Party (PDP) has condemned the All Progressives Congress (APC) for deceiving Nigerians with its glib power grabbing electioneer to restructure the country when voted for, only to make a volte face on such campaign promise.

The PDP in a statement by its National Publicity Secretary, Mr. Kola Ologbondiyan, accused the ruling party of deception and fraud against Nigerians when it reneged on its campaign promise to restructure the country when its member, senator Ajibola Basiru declared that the APC campaign promise was a mere “slogan”.

The PDP therefore, called on Asiwaju Bola Tinubu, Governor Kayode Fayemi, Governor Mai Mala Buni, Governor Nasir el-Rufai, Minister of Transportation, Rotimi Amaechi, Minister of Information and Culture, Alhaji Lai Mohammed among others, to speak out on Mr. President’s recent declaration on restructuring as well as the position of the Senate.

Below is full text of the PDP statement

January 23, 2021
Press Statement
Restructuring: PDP Tasks APC Leaders To Speak Out…Says APC Must Exit With Buhari in 2023
The Peoples Democratic Party (PDP) has challenged leaders of the discredited and fizzling All Progressives Congress (APC) to speak out on President Muhammadu Buhari’s decision to go back on their party’s campaign promise of implementing an administrative restructuring for the better governance of our country.

Our party also tasks APC leaders to respond to their members in the Senate who, through their spokesperson, Senator Ajibola Basiru, have declared that restructuring, as promised by APC, is only a “slogan”, as well as the revelation that neither the APC nor its leaders had submitted any memorandum for the promised restructuring and devolution of power upon which they rode to power in 2015.

The PDP calls out APC leaders including its Caretaker Chairman, Governor Mai Mala Buni, its National Leader, Asiwaju Bola Tinubu, Governor Nasir el-Rufai, Governor Kayode Fayemi, Minister of Transportation, Rotimi Amaechi, Minister of Information and Culture, Alhaji Lai Mohammed among others, to speak out on Mr. President’s recent declaration on restructuring as well as the position of the Senate.

Our party holds that the inaction of the APC in the face of the dismissive declaration by the Buhari Presidency that Nigerians, who they had promised restructuring, should now channel their demands to the National Assembly, only goes to further validate the assertions among Nigerians that the APC is a deceptive power-grabbing platform, which is not interested in governance or fulfilling its promises to Nigerians.

It is very disappointing that almost six years after riding to power on the promise of restructuring, the Buhari Presidency has made no concrete effort towards forwarding an executive bill to the National Assembly on the matter, only to now ask Nigerians to carry their burden to the legislative houses.

Our party asserts that beside President Buhari, other bigger culprits of the failure on restructuring are the silent leaders of the APC who, despite promising restructuring, are clandestinely supportive of its huge betrayal.

The APC must therefore take responsibility for on-going challenges to our national unity, having failed to fulfill the promises they made on restructuring such as devolution of power and true federalism.

We are already aware of plots by certain APC leaders to recourse to condemning President Buhari as being singularly responsible for the failures of his administration and use such as narrative to beguile Nigerians again with another round of fake promises on restructuring.

The PDP challenges the APC to counter our position by speaking out and urging President Buhari to immediately formulate an executive bill as well as taking steps, as a party, for a private member bill on the promised restructuring, as contained in its manifesto.

In any case, the APC cannot beguile Nigerians again with their planned disowning of President Buhari in 2023 as the people are already aware of its plots.

President Buhari, the APC and its leaders must collectively take responsibility for the failures of their administration and allow our nation her desired new lease of life by exiting our political firmament come 2023.

PERSPECTIVE – Edo: Dilemma of a godfather