Nigeria’s Dr. Ngozi Okonjo-Iweala, has been appointed as the Director General of the World Trade Organization (WTO).

Her emergence followed the confirmation of her appointment in a statement by the WTO today, Monday February 15, 2021

The United States government had last week announced its endorsement of Mrs Okonjo-Iweala for the top job.
It became clear earlier on Friday that Mrs Okonjo-Iweala, a former World Bank executive, would likely clinch the coveted post after her final challenger to the position, South Korean Trade Minister and candidate, Yoo Myung-hee, announced her withdrawal.

Ms Yoo made the decision after discussions with the U.S. and other major nations, a statement from Korea’s trade ministry said on Friday.

She also took various issues into account “comprehensively” including the need to revitalise the multilateral organization, reports said Friday.

Last October, the World Trade Organisation selected Mrs Okonjo-Iweala and Ms Yoo to advance to the final round in the race to lead the Geneva-based trade body.

Mrs Okonjo-Iweala is, however, largely considered the shoo-in among experts and influential figures within the WTO.

Mrs Okonjo-Iweala was Nigeria’s finance minister during the tenures of former presidents Olusegun Obasanjo and Goodluck Jonathan. She has experience working at international governance bodies as a former managing director of the World Bank and as a chairman at the Global Alliance for Vaccines and Immunization.
Meanwhile, Delta Governor, Dr Ifeanyi Okowa, has congratulated former Minister of Finance, Dr Ngozi Okonjo-Iweala, on her emergence as Director-General of the World Trade Organisation.

Okonjo-Iweala, an illustrious Deltan from Ogwashi-Uku, was a two-time Minister of Finance, who led Nigeria’s economy to exit foreign debt obligations during her first term under former President Olusegun Obasanjo.

In a statement by his Chief Press Secretary, Mr Olisa Ifeajika, in Asaba, on Monday, Okowa said that he was elated to hear of the successful emergence of Okonjo-Iweala as WTO boss after a very highly competitive and protracted process.

He described Okonjo-Iweala as a brilliant, competent, world-class economist and international development expert whose works over the years had distinguished her globally.

The governor stated that the appointment of Okonjo-Iweala had broken the 24-year-old jinx of a female becoming head of the WTO, adding that she was the first African to lead the global trade body in its 25-year history.

“I am excited to hear of the emergence of our illustrious daughter, Dr Ngozi Okonjo-Iweala, as the Director-General of the World Trade Organisation.

“Your appointment is indeed, a testament to your competence and experience as a renowned economist and international development expert.

“You went through a very rigorous and competitive process to emerge as the new head at the WTO.

“On behalf of my family, the Government and people of Delta, I congratulate a worthy ambassador of Delta and Nigeria, Dr Ngozi Okonjo-Iweala, on the recognition and appointment.

“As you take on this distinguishing assignment at the big global stage again, I pray and urge you to re-enact that which you have always done – bringing pride and honour to Delta and Nigeria.

“It is without doubt that your pedigree and impeccable footprints in monetary and economic administration in Nigeria and at the World Bank stood you out for this global assignment.

“As you continue in this remarkable trajectory, we wish you success as you mount this new saddle,” he stated. 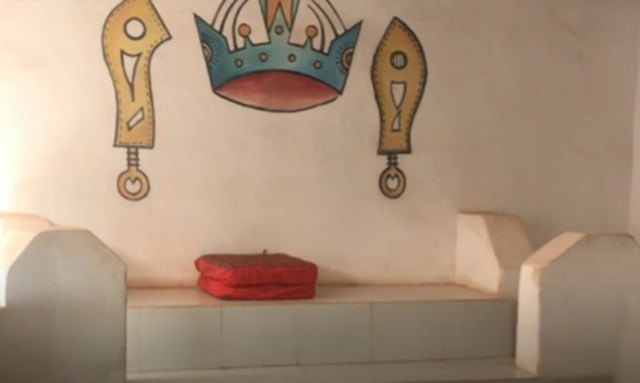 NNPC sacks Nnamdi-Ogbue, 3 others, over missing 130m litres of PMS