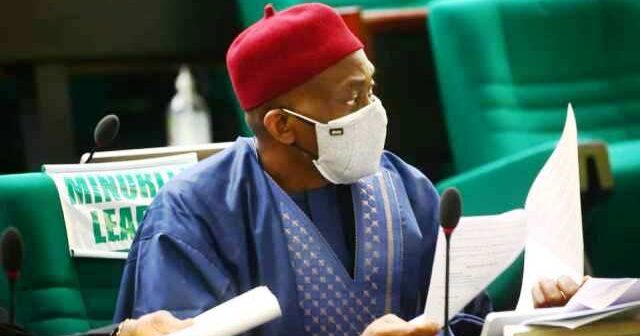 The House of Representatives, on Wednesday, condemned the Independent National Electoral Commission for failing to review division of states of the federation as prescribed by the Constitution.

The Federal law makers in a unanimous decision directed the commission to embark on a nationwide delineation exercise immediately.

The decision was sequel to a motion of urgent public importance to criticise INEC for failing to comply with the law which prescribed a review every 10 years, moved by the Minority Leader, Hon. Ndudi Elumelu, on Wednesday at plenary.

Adopting the motion titled, “Review of the Division of States of the Federation into Federal Constituencies,” the House resolved that “INEC should without further delay review constituency delineation as enshrined in the 1999 constitution as amended.”

The House stated that in reviewing, “INEC should take into consideration Aniocha/Oshimili Federal Constituency in Delta State which has four Local Government Areas and one of the largest federal constituencies in both population and land mass in the entire nation.”

The House mandated the Committee on Electoral Matters to interface with the leadership of INEC on the resolutions and report back within six weeks.

Moving the motion, Elumelu noted that Section 71(b) of the 1999 Constitution empowers INEC to divide the federation into 360 federal constituencies for the purpose of elections into the House of Representatives.

He further noted that Section 73(1) expressly directed that INEC “shall review the division of states of the federation into federal constituencies at intervals of not less than 10 years, and may alter the constituencies in accordance with the provisions of this section to such extent as it may consider desirable in the light of the review.”

The Minority Leader stressed that Section 49 provides that the House “shall consist of 360 members representing 360 constituency of nearly equal population as far as possible, provided that no constituency shall fall within more than one state.”

Elumelu said, “The House is aware that since the commencement of the Fourth Republic (in 1999) till date, INEC has not deemed it necessary, the compliance with Section 73(1) of the 1999 Constitution, thereby depriving citizens of bloated federal constituencies adequate attention.

“The House is worried that though the Constitution provides a 10-year time frame for constituency reviews, INEC has not done any known review in the last 22 years of the current democratic dispensation, hence the urgent need to call on INEC to be alive to her responsibilities.

“The House is further worried that the reality on ground today, whereby some federal constituencies are twice the size of others in both size and population, is at variance with the letters and dictates of the 1999 Constitution. This is so because INEC has failed to live up to its responsibilities, hence the need to urgently rectify this abnormally for the sake of equitable representation.”

According to the lawmaker, to guarantee effective, quality and adequate representation in the House, INEC should without delay delimit the constituencies and carve out new federal constituencies especially in constituencies covering four LGAs.

“The House is further concerned that the continuous failure for INEC to live up to its responsibilities in reviewing the division of states into federal constituencies does not only portray INEC in a bad light but also the entire government institution, including the National Assembly, for also failing to call her to order and invoking adequate sanctions where necessary, hence the need for this motion,” Elumelu stated.