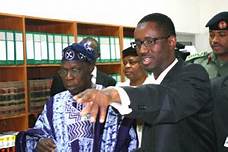 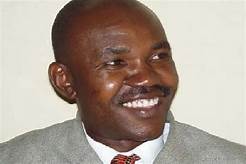 By Tony Eluemunor
After reading last Sunday’s offering, scandalised readers asked what happened to Pentascope after it had ruined NITEL/M-Tel. Answer: Its contract was terminated February 2005, after 20 months; it had paid itself $7, 600, 000 instead of $5, 500, 000 ($2,050,000 over-payment). Before Pentascope misadventure, NITEL-Mtel earned N1bn monthly and SAT-3 (Satellite arm) raked in N259m.
Then TRANSCORP Plc purchased 51% of NITEL/M-Tel for $500m but the late President Umaru Yar’Adua administration revoked that deal. A Senate Committee report said that TRANSCORP took over NITEL with a syndicated loan from UBA, Union, Skye, Wema and Intercontinental banks on 14th November 2006, but when Yar’Adua cancelled the deal, the loan stood at N76.8bn – and the Debt Management Office, had actually taken over the debt, and issued FGN bonds to the Consortium of Banks to be repaid from proceeds of NITEL/M-Tel privatization. Please don’t ask me if that meant that TRANSCORP had bought NITEL free of charge.
Questions poured in over the Halliburton scandal, too. Yes, Halliburton paid Nigeria $35 million (plus $2.5 million legal costs) to settle the case in December 2010; Nigeria had asked for $250 million. The bribery-for-contract scandal concerned construction of the Bonny Island LNG plant by a consortium of Technip SA, Snamprogetti Netherlands BV, JGC, and KBR.

Earlier on July 8, 2010 a court awarded $240m against Snamprogetti Netherlands BV and Technip SA, to benefit the US Department of Justice. In February 2009, KBR and Halliburton entered guilty pleas and agreed to pay a $402m fine to the US. But Nigeria accepted just $37m though her officials allegedly collected US$182m in exchange for US$6bn in engineering and construction work between 1996 and 2004.
Why did I focus on the two examples? Answer: though part of the shenanigans concerning them took place during Obasanjo’s administration and were known to Ribadu, it was the late Yar’Adua that took any action. Yet, he was the only one Mr. Segun Adeniyi, Yar’Adua’s own spokesman, accused him of being soft on corruption, in his book, POWER, POLITICS AND DEATH. Why? Because Yar’Adua was Chief James Onanefe Ibori’s friend. Yet, Obasanjo and Segun Adeniyi’s uncle, Gen. Mohammed Abdullahi, Obasanjo’s Chief of Staff for eight years, were in Aso Rock Presidential Villa from 1999 to 2007 but they are blameless. Why? Well, according to Mr. Adeniyi himself, his uncle, Gen. Abdullahi had told him of a bribery claim Ribadu made against Chief Ibori, and he Adeniyi had extended that rumour to Yar’Adua – who did not immediately turn against Ibori. Finish!

Could politricks have motivated Gen. Abdullahi Mohammed? Such a thought could never have occurred to Mr. Adeniyi because some politicians of that era, who were opposed in any way to Obasanjo, must be vilified as demons, by certain people. Did wholesome or insidious impulses seize Gen. Abdullahi Mohammed, when the former Police ADC to the then Governor Goodluck Jonathan, who had accompanied Jonathan to Aso Rock when Jonathan became Vice President, took a Policeman newly posted to the Villa, to Abdullahi’s office? The moment Mr. Solomon Udele, the Policeman was introduced as a former ADC to Chief Ibori, Gen. Abdullahi phoned the Police Inspector General: “who posted Chief Ibori’s former ADC to the Villa? He must be posted out immediately, to a state not contiguous with Abuja”. Mr. Udele was reposted to Awka, Anambra state and he resigned immediately …because he was afraid for his life. His Police career ended. Do we applaud or denounce such behaviour?

Even presently, Yar’Adua is still being undeservedly denounced. I said undeservedly because only Yar’Adua took action on the greatest corruption scandal ever to hit Nigeria; the Halliburton bribery scandal. Unlike Obasanjo and Nuhu Ribadu, Yar’Adua set up a panel to unravel the mystery, and received a report that included this: “A letter of Rogatory has been forwarded to Swiss authorities, requesting assistance, including unfettered access to members of the panel. Similar letters are to be forwarded to France, the United Kingdom and Leichestein. When preliminary investigations are concluded, the panel will proceed to undertake recovery of the bribe monies”. He also had the courage to cancel the TRANSCORP Plc deal on NITEL-Mtel which the Obasanjo administration had blessed; yet, Obasanjo had handpicked him to be President. Well, Yar’Adua died and dead men tell no tales.

This falsehood persists. March 15, I reacted to Mr. Austyn Ogana, Publisher, on THEWILL newspaper’s story on the $4.2 million the UK wants to return. “I’m surprised that the story began with the unsubstantiated allegation that Delta frustrated Ibori’s investigation and trial. It is on record that British Policeman came to Nigeria but visited Obasanjo’s office in Abuja; not Asaba. You also accused the Yar’Adua administration of “actually frustrating Ibori’s trial through the influence of the deceased leader and the then Attorney-General, Michael Andooaka”. Yet, it is on record that Ibori was tried both in Kaduna and Asaba courts (during Yar’Adua’s administration).
“You mentioned as a fact that 20 million Pounds will be released to Nigeria in September… according to Femi Falana, “the money Ibori deposited for a private jet”. I know that even the British prosecution said Ibori deposited just $4m (in a commercial outfit for a jet that would be used commercially). Your assertion that some powerful Governors contributed money for a jet for Obj is neither here nor there, unless Ibori joined some Governors in doing so.

Mr. Oganah’s reply: “My brother Tony. Good afternoon. I respect your candid view on the story on our lead report. The Ibori London trial will always remain a controversial one. We have tried to be neutral and factual in our reporting”. So, it is regarded as factual that Yar’Adua was weak on corruption – as corruption and the fight against it in Nigeria is only seen through the anti-Ibori prism. Any who has not attempted to kill Ibori has not fought corruption; that was what Mr. Oganah (and Segun Adeniyi) told me. And that is the real state of affairs.

Readers also asked why the National Assembly did not check Obasanjo. The Lower House, patriotic and courageous, took their oversight functions seriously, which made the mass media view the 1999 – 2003 House of Representatives as unnecessarily antagonistic to Obasanjo’s administration. Those Reps, young, bright, patriotic, ready to take risks, convinced that Nigerians had the capacity to change Nigeria, and check the excesses of a fast-derailing President, stuck out their necks for the nation. They waded into the GSM rollout debacle; here it would be a sin not to mention the heroic exertions of the House of Reps Communications Committee Chairman, Chief Nduka Irabor. He coordinated Nigerians both at home and abroad by email, and they contributed ideas, freely, on how to better handle the GSM rollout. It is likely that without Hon. Irabor, Globacom would never have received its licence. And when the 2003 elections came, the executive ensured that the notable ones among them – Na’Abba, Irabor, Nze Chidi Duru, Sadiq Yar’Adua, Zalaini, very many others, did not return.

The media so turned against the Reps that I stated in my column in 2000 (in the Guardian newspaper) that I was siding openly with the NASS because the legislature represented democracy more than the executive. I thus challenged any pro-Obasanjo journalist to take on me!!! The media accused the Reps of working with Gen. Ibrahim Babangida (rtd) to derail democracy. So, journalism herd-mentality did not start today. In that same way, Abuja targeted Ibori as a governor that should not contest for reelection in 2003, but the forged ex-convict case against him collapsed.

Unfortunately, the lies about a “Hurricane Obasanjo who was cleansing the system” endured. That is why even today, those making so much din, over the UK’s return of $4.4m, that the Angels in heaven are being disturbed, have said not a word about the more humongous sums of money that disappeared between 1999 and 2007.

How much of Obasanjo’s or Ribadu’s anti-corruption image is fake or real? How much was paid for? The same goes for Ibori. I ask this question because hired organisations have been contracted to burnish images of certain persons and savage others, such as Ibori.

I’ll give you an instance. One of the little distractions which the late President Umaru Yar’Adua faced was an organisation’s demand for N500,000, 000: 00 (yes, five hundred million Naira plus six years interest). A letter dated 22 February 2008, reached the gates of the Aso Rock Presidential Villa at 12 midday, 26 February 2008. It asked Yar’Adua to pay a debt of N500, 000, 000:00 that was allegedly incurred by the previous administration, minus the N500,000 (five hundred thousand that administration had allegedly been paid. Part of the attachments that accompanied that letter was a purported Memorandum of Understanding between the Federal Government and a private outfit to “march to the National Assembly Complex and protest against Obasanjo’s impeachment on the 20th of August, 2002. The excellent execution of the above project attracts the following blessings from Chief (name withheld) and the FEC to run the organization;
1; Cash payment of five hundred million naira to run your offices in all the states of the Federation
2; Presidency will provide Secretariat office complex within the city of Abuja
3; Chief (name withheld) has agreed with the Federal Executive Council (FEC) to buy thirty-eight (38) Peugeot cars and six (6) buses to facilitate the administration of your organization nationwide.
Furthermore, the MOU promised that the organisation’s founder would receive “a Hummer Jeep as a special gift”, and a piece of “land within the city of Abuja” for the organisation’s “permanent National Secretariat complex”.

Believe it or not, the MOU, dated 19th August, 2002 was printed on a letterhead that bore “Reference: SH/COS/033/1203. That organisation’s office was then at, wait for it, Garki Model Market, Garki II, Abuja. And believe it or not, the march actually took place, on 20 August, 2002. A group of protesters marched to the National Assembly to protest against the House of Representatives, Ghali Umar Na’Abba and the Speaker, denouncing their attempt to impeach the then President Olusegun Obasanjo. Stupidly, both parties left a paper trail, which spilled into the public space as the group began to ask for what it felt remained as payment on the contract. One of such letters was signed by the man of the moment himself; date, 12th August 2002.

If such an amount of money and other resources were promised to ordinary hired protesters, imagine how much could have been given to “Respect Nigeria”, “Heal Nigeria”, “Fix Nigeria”, “Save Nigeria”, “This Nigeria”,”That Nigeria” etc, which mushroomed in support of Ribadu and Obasanjo and against Ibori – over the years. Also, think of how much could have been paid to journalists and NGO profiteers – yes, racketeers, swindlers and scammers – to affect and afflict what YOU believe.
Disinformation has been at work – against Na’Abba and his Representatives who were actually motivated to transform Nigeria. If they had their way, the late Dr. Alex Ekwueme would have become President in 2003 just as Ibori wanted and fought for. Disinformation and the Federal might were brought to squash them just as they were employed to squash Ibori.
Think about that! Some will, some won’t. Some don’t even think because of herd mentality.
• Tony Eluemunor, a journalist, is an authority on the Presidency. 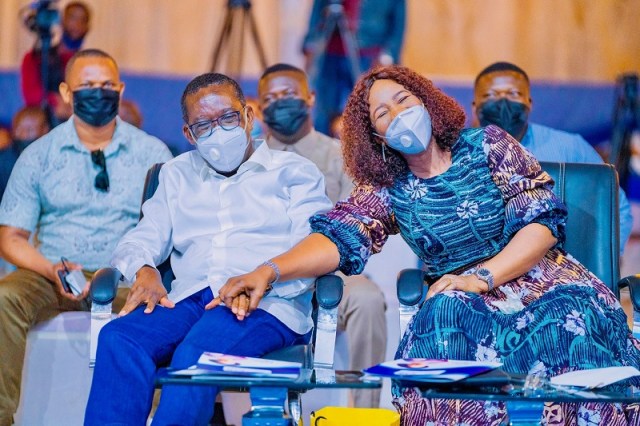