Home Anniversary MILESTONE – AT 70, I AM SAD THAT THE PRINT MEDIA IS... 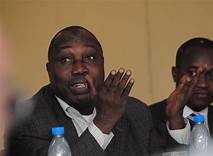 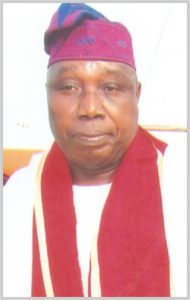 I didn’t say you should not wear good shoes. I didn’t say you shouldn’t wear good clothes, but if it is your honest earning that is providing them, it is good. Nobody should envy a journalist if he rides a good car but is it the job that has provided it? So, when you look at the media, there is a lack of capital. There is still a lot of capacity in the media, but the energy, is so diffused, pursuing the same things, but if we merge and combine efforts to have more gravity in a merger. A lot of papers have gone down and online media seem to have taken over. What I noticed is missing is contents, it has become empty.
When you look at some Newspaper there is nothing there again. And don’t forget, there are so many editors now, who should still be reporters. The day I was made acting Features Editor in Daily Times, I was afraid because the question I asked myself was: “have I acquired enough experience?” And I shared my fears with one or two persons, I had a feeling that. I do have enough experience but praise be to God, the shoes didn’t become oversize. Couple with the fact that a few month to my joining the daily times, I have had so many experiences that prepared me.
So, like I said, one of the problems facing the media is the lack of capital. If you can’t pay the salary, they may be smiling while you are there, but immediately you turn your back, they start mocking you.

Do you think social media will kill the print?
I am afraid, many Journalists, even the trained ones now rely on Social media. A good number of them don’t read newspapers. They will tell you this is my favourite newspaper, but they don’t know who the Editor is. I was lecturing in a class one day and during a conversation with the students, one of them said, we the social media are the news now. I asked what does that means, he said anything we see we put on social media. I told him that’s not journalism, because there is nothing like citizen journalism. You may have Citizen reporters, who can tell you City People, something like this is happening in this place, can you go and investigate. But in this case, somebody tells you, they have killed 10 persons in Agege without verifying and you put it on social media. And so unfortunate, you discover that even our newspaper repeat the same story without investigating, that is why lots of people are not taking us seriously anymore. It goes back to the issue of contents. All the messages on Instagram, Twitter, Whatsapp, they don’t investigate them. The only way journalism can rise above that is to investigate stories rather than slamming it.
Instead of us doing our job, we are giving too much room to fake rumours by enjoying social media to promote those rumours. It is so unfortunate. I just believe it is only God who can help us.
• Source: http://www.citypeopleonline.com/at-70-i-am-sad-that-the-print-media-is-in-a-mess-ayodele-akinkuotu/

Delta APC to chase Okowa out in 2019, as malfunctioning DJ appliances almost marred...