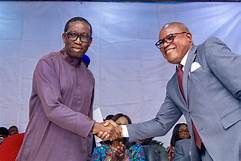 In a statement by his Chief Press Secretary, Mr Olisa Ifeajika, in Asaba, the governor lauded Solomon for his momentous service to the state as a former lawmaker, former civil commissioner and former Chairman, Governing Council of Delta State Polytechnic, Ozoro.

He said that Funkekeme Solomon had the knack for diligence and commitment to his responsibilities, adding that these virtues were on display in his assignment as Director-General of Peoples Democratic Party (PDP) Campaign Council in the state in the 2019 general elections.

According to the governor, Solomon’s outstanding leadership of the campaign council contributed immensely to the resounding victory of the party in all the elections.

“As Senior Political Adviser, Funkekeme Solomon has continued to demonstrate dedication to the responsibility of bringing his political savvy, sound knowledge of the political terrain in our state and eloquence to bear on the job.

“On behalf of my family, the government and people of Delta, I felicitate with an illustrious son of Delta, Rt. Hon. Funkekeme Solomon, a man we are all proud of, on the occasion of his 59th birth anniversary.

“Under his leadership as Director-General of our Campaign Council in the 2019 general elections, our party had one of the best outings, winning in 23 local government areas out of the 25 in the state.

“He has, as Senior Political Adviser, been exceptionally committed to the course of political re-engineering and mentorship of youths in politics,” he said.

The governor joined family members, friends and associates of the Ojobo-born political tactician and quintessential gentleman in celebrating a life of fine accomplishments.

He prayed that Almighty God would strengthen him and grant him good health in his journey of life and continued service to our dear state and mankind. 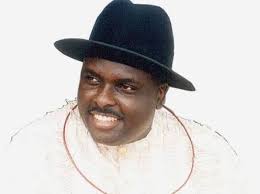 You were all dancing on Benue people’s graves, Ortom replies Oshiomhole