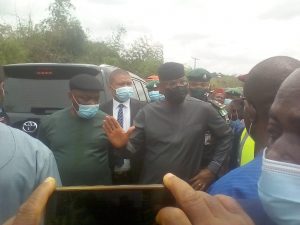 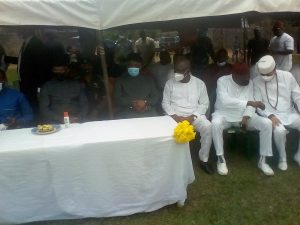 Senator Omo-Agege, 2nd left, with Senator Nwaoboshi, 3rd left with other dignataries at the Illah reception for the Deputy Senate President.

Deputy senate President, Senator Ovie Omo-Agege has commended President Muhammadu Buhari for his magnanimity in giving approval for the rehabilitation of the Anwai- Illah Federal Road.

The Senator made the comment at a reception hosted for him by his Deputy Chief of Staff, Barrister Alex Onwuadiamu in the Illah country home of the barrister shortly after inspecting the rehabilitation work being carried out on the road.

Omo-Agege told journalists during an audience with them that he was satisfied with the extent of work and its quality, adding that the road rehabilitation will be completed in the next one week.

He recalled how a delegation of the people of Illah came to visit him in his office in Abuja complaining about the plight as a result of the dilapidated and unmotorable nature of the federal road, and requested that he comes to their aid in getting the road rehabilitated.

“Since I am not the only Senator and I alone could not meet their request, I called a meeting of my colleagues where it was decided that I should approach the Federal Ministry of works. We are thankful to President Buhari for approving the rehabilitation of the road, and also we are thankful to the Works Minister, Mr. Raji Fashola,” Senator Omo-Agege said.

He continued: “I want you to join me in commending Senator Peter Nwaoboshi for the synergy existing between us even though we do not belong to the same political party. And you know also that we are not the only senators from Delta State. And it is this synergy that has made the rehabilitation of the Anwai-Illah Road possible.”

On the request made by the community 500 poles of electricity for the community, the construction of Out-Umetei Road, and the making of a jetties in the community, Senator Omo-Agege said that he would call Senator Nwaoboshi to his office being the senate committee chairman on NDDC and that he would get him to ensure that their requests were fulfilled.

Speaking, Senator Nwaoboshi who accompanied Senator Omo-Agege to the event said he has been directed, and that they will not wait till 2023 to fulfill the requests, but that the requests for 500 electric poles will be accommodated in the 2021 budget. He then threw a challenge to all those holding elective positions in Delta North to tell the people what they have attracted to their constituencies.

“I challenge everyone of them in government to come and tell us what you have brought to illah during your tenure in government It is not speaking grammar. There is no one that has ever represented Delta North in the senate that has done as much as I have done. I challenge them to come out and identify what they did during their tenure,” Mwaoboshi said.

All Progressives Congress (APC) chairman in Oshimili North, Chief Ozor Njoagwuani, appreciated Senator Omo-Agege for the effort put in to make the road rehabilitation a reality, while Dr. olisemeke Isiekwe thanked the senator for working in synergy with Senator Nwaoboshi.

Barrister Onwuadiamu said that the people of illah community believe in the leadership of the deputy senate President come 2023. “We need a change; we have suffered so much anguish under the Peoples Democratic Party (PDP). We are looking forward that the Egyptian we see today, we will see no more,” he said. 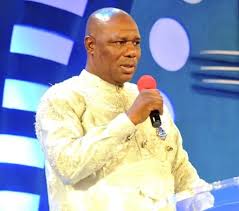 Sexual, gender based violence confab rises against harm to victims, urges men to ‘zip up’, ‘women to close up’