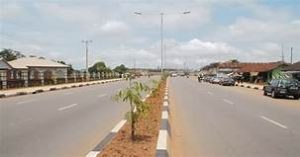 A dual carriage way in Agbor. 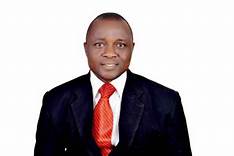 Agbor, an old town which lays straddled on the northern fringes of Delta state is on the cusp of urbanization.

Good fortune is rapidly affecting Agbor, the most famous Ika – speaking suburb with iconic images of yesteryears. I witnessed the story of the child king, born world youngest monarch in Agbor, the land of famous Mary Mount college, Olikeze glory, Oscar motors, NITEL and Orogodo River, which divides part of the city into two like the River Liffey I once saw in Dublin, Ireland.

Celebrating Agbor and her culture through a woman entertainer, the artistic maestro applauds her as she dances with her “ limbs like fresh foliage in the sun” totally in trance “caught in the throb of a drum” from the “magic maze of music”

However, the charming outlook of the “Agbor dancer”romanticized by the late Clark had been a sad contrast to the notorious topography and haphazard town planning of Agbor. Seen from her hilly cascading landscape, Agbor had laid scattered like broken porcelain chinaware.

For years, Agbor was an ugly city. Menacing gully erosion, with gaping mouth like steely crocodile waiting to swallow anything, was its worst undoing, even with the noticeable strength of Agbor as a city of enterprising commerce and thriving local economy. At the slightest rainfall, flooding had submerged buildings and properties and swept people away in ruins.

The destiny of one man Senator (Dr.) Ifeanyi Okowa as Governor, beginning from 2015, would greatly change the fortunes of Agbor, the biggest town in Ika Nation.

Driving from the busy Benin-Asaba dual carriage way, Agbor main town once accessed by a narrow road, ever dusty and bumpy, now opens into a solid smooth four lane fitted with street lights and drainages.

Whenever the sun goes down, giant street lights hit the skyline, illuminating the sprawling town in brilliant beams.

In 2021, Agbor became a university town as the old College of Education got handsome upgrade into a degree awarding school. Sister Ika settlements from Igbodo, to Owa Oyibu to Owa Aliero among many others have been impacted for good with diverse social infrastructure, as Okowa takes strides on the saddle. A sprawling magnificent Teachers’ Professional Development Centre in Owa Aliero was unveiled with fanfare by Governor Okowa in company of his Abia state counterpart Dr. Okezie Ikpeazu on Tuesday, 30th March, 2021.

It would have been uncharitable for Okowa to leave Agbor and indeed Ika communities in endemic underdevelopment.

The point is that for goodwill to have meaning, it must emanate from home. Okowa took his nurture from Ika ancestral land. It is fair and natural that Ika’s most famous son in recent history should put his place in the highest of glory. Ditto for Anioma area, where the Governor had recorded historic milestones, especially in road rehabilitation and other physical projects.

This is not an endorsement of nepotism or clannishness. No. Okowa was elected to be the governor of Delta. Ika nay Anioma, Isoko, Itsekiri, Izon and Urhobo. Every part of Delta deserves development, including my village, Idumuje-unor.

The Governor has a moral duty to develop and grow other constituent parts of the state. Discerning Deltans, however, believe he is making efforts to address development issues across Delta.

But critics view his focus on the Ika axis as favoritism and corrupt pamper. More vocal traducers have censured him for pandering more to anything Ika. Dissent is welcome in a democracy. Nonetheless his zeal on Agbor and related areas under review, cannot be rigidly held against him as overreaching or unbecoming.

Call them ethnic or regional bigots, architects of tribalism in Nigeria, but their home ward integration bears a profound lesson that wherever we go we must remember the road that leads us home. Popular South African crooner, MasterG, better known for the world wide hit, “Jerusalema” hyped this much.

Back home, the finest administrator of Bendel by extension Edo and Delta today, late Samuel Ogbemudia was a Pan-Midwest leader who ensured impressive development across towns and villages in the defunct region. Yet the more enduring legacies of University of Benin/ UBTH, distinctive high rise civil service secretariat on Sapele Road (perm house), Bendel Brewery, Ring road, Ogba zoo among numerous others are invariably rooted in Benin, his origin.

Okowa does not have to study history to imbibe the psyche that a builder no matter how engrossed must remember to build his home. Nothing lasts forever. 2023 would soon beckon goodbye. The day is approaching fast, the inevitable end so near.

Truly, the Governor is a product of all quarters in Delta as his electoral victory came by collective solidarity. Deltans, including opposition forces have the right to pressurize him to develop every area to appreciable extent. That is how it should be.

But demand for Inclusiveness and all embracing agenda, can co-exist with strong preponderance to Ika or Anioma consciousness. Barack Obama and Nelson Mandela promoted national interest to crescendo and still enthroned far reaching unprecedented relevance to black identity in America and South Africa respectively.

In sincerely tasking Okowa to pay attention to other parts of Delta, we must not blame him for remembering Agbor, Owa Aliero et al so well, provided his communal commitment does not negate spirit of common patrimony in Delta.

Total is good but turn by turn is not bad. 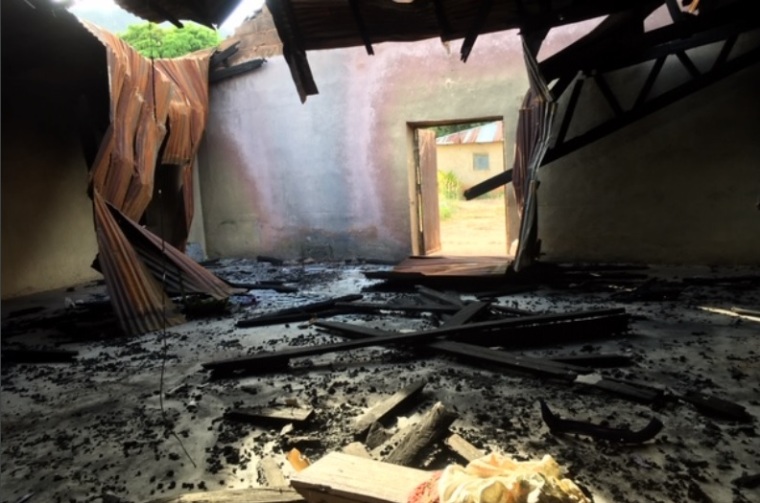 ‘This is the worst place in the world’: US faith leaders meet victims of Boko Haram, Fulani herdsmen