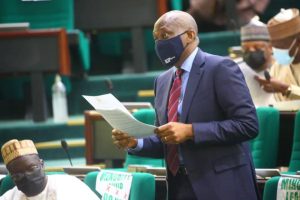 The attention of the Minority Caucus in the House of Representatives has been drawn to a statement by the Chairman of House Committee on Media and Public Affairs/ Spokesman of the House, Hon. Benjamin Kalu, which clearly exposed a sinister intention to misrepresent the rules of the House, mislead the undiscerning public and frustrate genuine effort in the fight against terrorism in our country!

We find it shocking that instead of standing with Nigerians at this critical moment, Hon. Kalu chose to engage in personal attack on the Minority Leader, Hon Ndudi Elumelu, for pointing to the dangers of retaining in office, the Minister of Communications and Digital Economy, Isa Pantami, after reports of the minister’s support for terrorists came to the fore.

This is especially after the minister himself admitted to the facts of his sympsthy for violent, extremist and terrorist groups, including, the al-Qaida and Taliban.

Indeed, Hon. Kalu’s claim that our Minority Leader did not properly present his motion, under an appropriate rule is completely dumb, frivolous and exposes his poor knowledge of the legislative procedures.

It also points to a deliberate scheme to jeopardize our nation’s fight against terrorism.

Furthermore, we take a strong exception to Hon. Kalu’s vain posturing of trying to tutor the Minority Leader, a well respected seasoned legislator, on the House Standing Rules and parliamentary convention!

It is instructive to state that the motion by the Minority Leader calling for the resignation or sack of the Minister by President Muhammadu Buhari was properly presented under the House rules as provided in Order 6: 1,2&3 (Privileges), contrary to claims by Hon. Kalu.

Order 6:1,2,3 clearly and generously provide for full debate on the issue brought pursuant to it.

Moreover, it is clear that the Speaker, Hon. Femi Gbajabiamila, conceded to the appropriateness of the Order, under which the Minority Leader presented his motion, and for that, did not rule him out of order, regarding the presentation of the motion and its consequential prayers.

Furthermore, the Hon. Speaker, in accepting the motion, announced that the issues raised have been noted.

It is therefore, completely irresponsible for anybody, let alone the spokesperson of the House, who should be abreast of the Rules, to state that the Minority Leader ought to have known better than coming under Order 6.

His statement is therefore in bad faith and should be disregarded and withdrawn by him immediately.

Our Caucus will not condone any unwarranted attack on any of our colleagues, let alone the Minority Leader, who is doing very well by speaking the mind of the silent majority of Nigerians, who have no platforms to speak out.

In any case, we are aware that Hon. Kalu was not in Plenary when the motion was moved. We expected him to have consulted the Rule book before attacking the Minority Leader. For we believe if he had done that, he would have saved the 9th House of Representatives the embarrassment his statement has caused!

We therefore demand that Hon. Kalu should withdraw his statement and tender an unreserved apology to the Minority Leader and Nigerians for misrepresenting the rules of the House.

Our caucus, standing with millions of Nigerians, also demands that the Speaker should immediately act on the prayers of the motion, by conveying same as the position of the House to Mr. President, having accepted the appropriateness of the procedure and taken legislative note of the prayers therein.

As a caucus, we stand behind the Minority Leader in insisting that the Minister of Communications and Digital Economy, Isa Pantami, should resign or be removed by President Muhammadu Buhari, as his continued stay in office poses great threat to our national security.

Insecurity is blind to creed and party colourations and this underscores why the Caucus will resist any attempt by anyone to politicize a clear existential threat to our motherland! 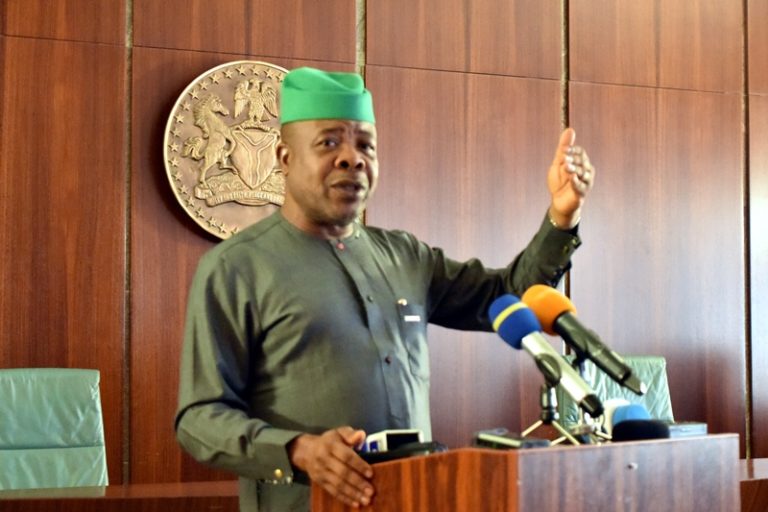