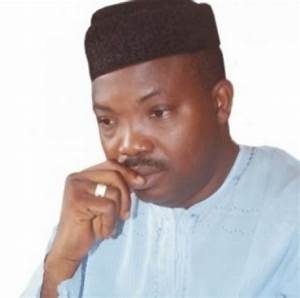 The Minority Caucus in the House of Representatives has expressed deep grief over the death of rights activist, advocate of good governance and spokesperson of Afenifere, Yinka Odumakin.

The Caucus in a statement on Sunday 4th April, 2021 by the Minority Leader of the House of Representatives, Hon. Ndudi Elumelu, described Yinka Odumaki’s death as a big blow to the nation, particularly in the quest for the entrenchment of democratic tenets of rule of law, justice, equity and fairness in the national life.

“Odumakin was a very courageous statesman, who committed his life in the fight for true federalism and national cohesiveness built upon democratic principles of mutual respect, transparency, impartiality and constitutional order.

” The Minority Caucus condoled with his widow, Joe, the Odumakin family and the civil society circle as well as the Afenifere family for “this colossal national loss” and prayed God to grant the family the fortitude to bear the irreparable loss as well as eternal rest to him and the faithful departed.