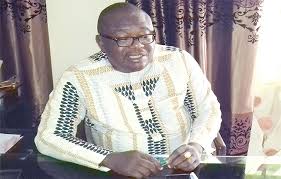 The Peoples Democratic Party, PDP, Delta State, has dismissed the recent political actions of certain persons with dubious and questionable characters in the State, describing them as wolves in sheep clothing whose loyalty and allegiance to the Party have always been in serious doubt.

A statement by the PDP State publicity secretary, Dr. Ifeanyi Osuoza lampooned those masquerading as PDP members when it suits them, yet would sooner switch allegiance to anyone willing to offer them immediate financial gratification and a truckload of imaginary promises, to betray the trust of even their own family, relatives and compatriots.

The statement reads: “The attention of the Peoples Democratic Party, PDP in Delta State has been drawn to the shenanigans and tomfoolery of certain political figures in Delta State, who had been masquerading as PDP members and have now purportedly stage-managed a laughable decamping exercise to another political party, all with the aim of saturating their greed and satisfying their selfish interests.

“We have observed with hilarious interest that this so-called cross-carpeting, acted out with plenty of drama, noisome and wasted energy to achieve some modicum of fake reality, was actually put up with so much dexterity to justify the financial largesse and some other shady pledges, which we were reliably informed, have been promised to these political jobbers and serial opportunists, in the expectation that their presence in the APC will deliver the impossible electoral victory that has eluded the fractured and confused political party, over the years.

“It is rather unfortunate that at a time when majority of Nigerians have unanimously concluded that APC has failed woefully with hapless, appalling ineptitude, to deliver good governance and even supervised the gradual collapse of every structure of responsible, functional and progressive administration in the country, there are some misguided, wayward people in Delta State who are still wallowing in their delusional fantasy, that APC has anything else to offer Deltans and Nigerians.

“We are only too aware of how the opposition will promise heaven on earth to shallow-minded politicians without any iota of integrity and how such politicians will quickly betray their political family for cheap personal gains, only to be short-circuited and have their fingers badly burnt eventually. So we are not in the least bothered by the childish pranks and attention-seeking theatrics of those empty political drums that make the loudest noise.

“The PDP has always provided a level playing field and insisted on following due process as enshrined in our constitution, for anyone who seeks political office and aspires to achieve electoral success under the wide, accommodating umbrella and while we maintain our unwavering slogan that party is always supreme, we caution and urge all loyal and faithful members to beware of sweet-talking opposition politicians who have nothing to offer, except empty promises and impossible dreams.

“The PDP has proven over the years, that it is the only party that caters for the welfare of its loyal members and had continued to reward party commitment and dedication handsomely for those who are patient and faithful to the party. The examples abound everywhere.

We shall nevertheless, take a definitive position and action on the matter of these imposters at the appropriate time as their failed attempt to embarrass the party has not gone unnoticed.

“A single tree cannot make a forest and Delta State is far too big for one single individual and a motley crowd of paperweight acolytes to live in the illusion that they have the capacity to shake a forest filled with formidable, well-rooted trees. PDP is not just a political party, it is an unstoppable, unshakable movement,’ Dr. Osuoza said.

Why El-Rufai is angry at Saraki, by Senator Rafiu Ibrahim