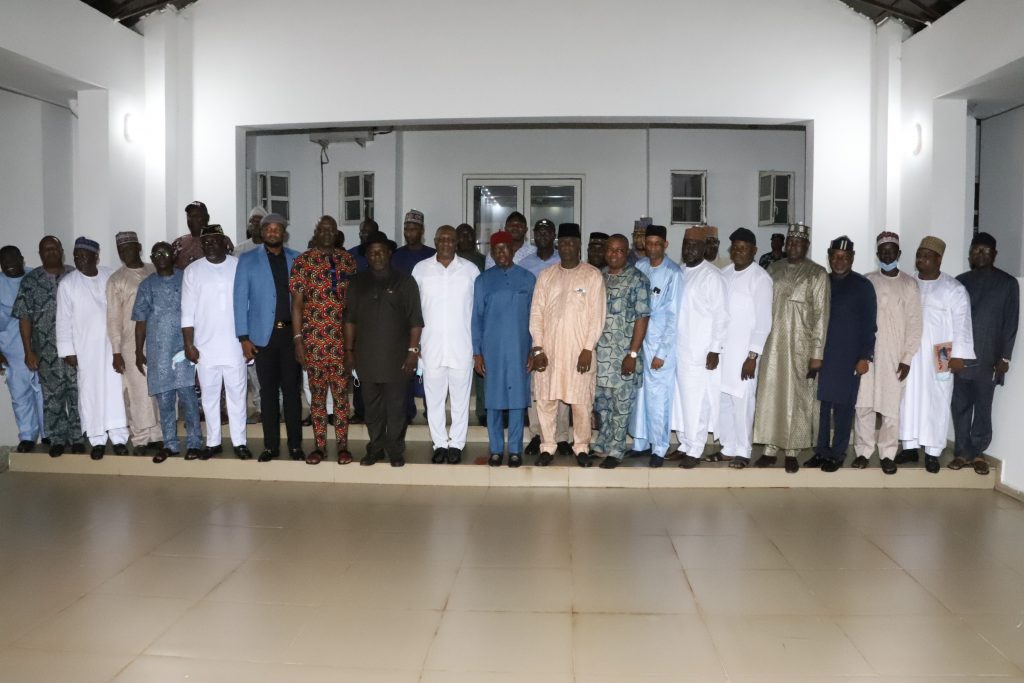 Governor Ifeanyi Okowa of Delta has called on State Houses of Assembly to ensure that the Constitutional Amendment Bill is passed when passed to them by the National Assembly.

Okowa made the call on Friday when he received the Conference of Speakers of States’ Legislatures in Nigeria led by its Chairman and Speaker of Bauchi State House of Assembly, Rt. Hon. Abubakar Suleiman, at Government House, Asaba.

He stated that as states’ legislatures, the onus was on them to pass the Constitutional amendments in the interest of the nation.

He said that the nation was in dire need of the amendments to provide equity, justice and fairness in the affairs of the country.

Okowa urged the conference to continue to be a voice for the people and to remain true in enforcing executive-legislative relations across the country.

“We are all aware that the National Assembly is currently engaged in the review of the 1999 Constitution and when they are through, it will be passed over to the state assemblies for passage.

“The management of the country has placed a key role in your hands and I urge you all to look at it passionately to ensure that we are fair, equitable and justiciable in all decisions we will take in passing the amendment.

“Nigeria is in trouble but I believe that in working together, we can pilot the nation out of the current challenges through a passionate approach because as leaders, everything about governance must be in the overall interest of the people,” he said.

He commended the legislature in Delta for its cooperation which had led to the achievements recorded by his administration in the last six years.

According to him, whatever we have achieved as a state so far is because we have a very robust relationship with the State House of Assembly.

“They are very passionate about the development of the state and that has helped us to make lots of progress.

“I am glad that you have organised yourselves under the Conference to compare notes, just as the Governors, to discuss and share ideas and to also talk to ourselves because it helps to improve the bond of unity among the various states.

“The more we are talking together and remain strong the better for our country and I believe that was why the Conference of Speakers was berthed and I hope that you will continue to use the conference to better the lots of this nation,” he added.

Okowa who underscored the importance of executive-legislative relations, said “if any state is to make progress there is need for a very warm relationship with the executive and legislative arms to enable policies and programmes work more efficiently than they would have ordinarily had.

“We are in very trying times and this poses more burden on the various state legislatures. There must be a lot of collaborations and thinking to get the states out of unemployment, poverty and insecurity pervading the nation.

“A very cordial relationship that works will help to improve on the development of our country.

“As lawmakers, you have a lot of role to play and I charge you to see yourselves going beyond just making laws, to help the executive to ensure that the people get the best of governance.

“The fear of legislative autonomy is unfounded because our state House of Assembly has been operating in autonomy since 2019,” he said.

Earlier, Rt. Hon. Suleiman had said that theywere in Asaba for the second quarter meeting of the Conference made up of Speakers of the 36 State Houses of Assembly representing the 998 members of Houses of Assembly in the country.

He commended the Governor for the massive development in Asaba and parts of the state, adding that the mutual understanding between the Executive and Legislative arms of government in the state was commendable and worthy of emulation.

Speaker of Delta House of Assembly and Deputy Chairman of the Conference of Speakers, Rt Hon. Sheriff Oborevwori, appreciated Governor Okowa for his love for the legislature and for graciously approving to host the conference in Delta.