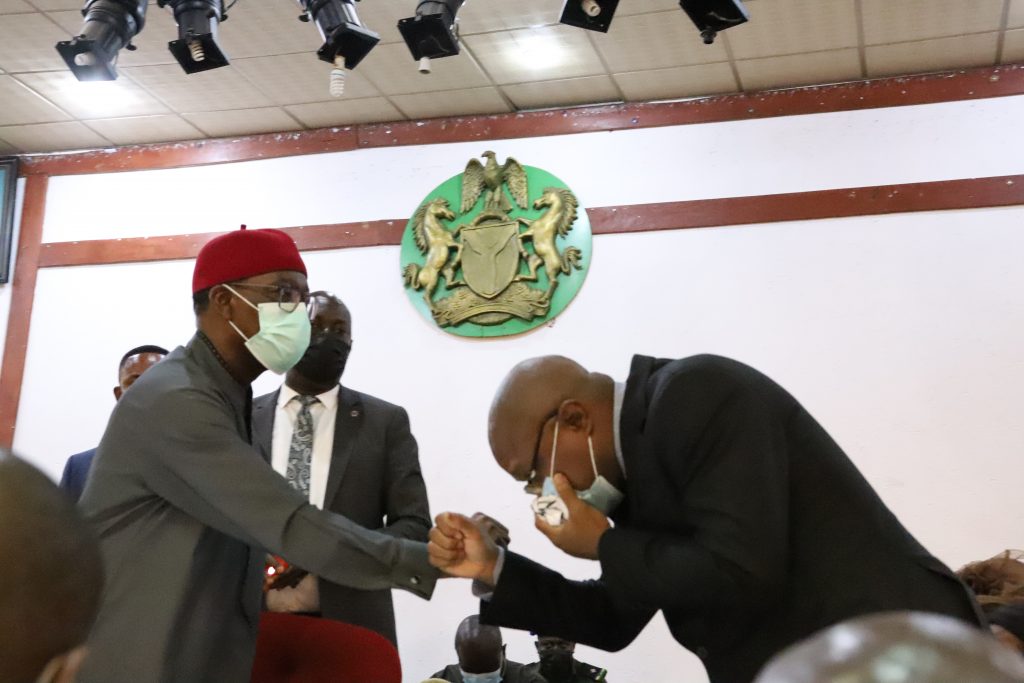 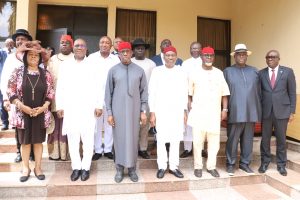 Okowa made this known while swearing in nine Special Advisers and Chairman, Bureau of State Pensions, at Government House, Asaba.

He said the state was facing lots of challenges as a result of pressure from the contributory pension scheme.

He said that it was tough running the scheme but assured that unlike most states in the country, his administration would sustain its commitment to the scheme, because it was in the best interest of workers.

“Delta is one of the very few states that have continued to run the contributory pension scheme.

“As of the last information I have, only eight states are actually truly running the contributory pension scheme because it is expensive for the government to run.

“There are backlogs of payments and it is not because we didn’t want to pay, it is because of the initial information gap that was available at the time of enrolment which has resulted in several billions of arrears called actual services.

“We are doing our best and we will continue to make our own contributions and also contribute meaningfully to reduce the level of debt and I hope that by the time we leave in 2023, we will have done our bit reasonably.

“I hope, too, that the succeeding administration will also continue to pay for the actual services. I say this because people do not understand that as a state we spend over N1.3 billion monthly in the payment of pensions.

“I am aware that some states don’t spend up to that amount in payment of their entire staff salaries but for payment of state pensions alone we are spending over N1.3 billion monthly,” Okowa said.

He charged the new Special Advisers to discharge their duties in accordance with section 196 (Sub-section 1) of the 1999 Constitution (as amended).

“You are all well acquainted with the key policy thrusts of this administration. Hence, I expect you to work with a greater sense of urgency, unflagging enthusiasm, more creativity and innovative strategies to enable us successfully execute our policies and programmes for the greater good of all.

“As Special Advisers, being experts in your respective fields, I expect nothing but sound and practical advice that will ensure a Stronger Delta standing on the tripod of Prosperity, Peace and Progress.

“It is normal that you will come under the pressure to give preferential treatment to your kith and kin as do all public servants, but you must constantly guard against such nepotistic considerations.

“While you are expected to be very active in, and contribute meaningfully to your immediate constituencies, you must also realise that your obligation is to the good people of Delta, irrespective of their ethnic nationality, party affiliation, socio-economic status or educational background,” the governor stated.

Responding on behalf of the appointees, Dr Obidi thanked the Governor for finding them worthy to be appointed, and assured that they would discharge their responsibilities faithfully, loyally and dedicatedly.