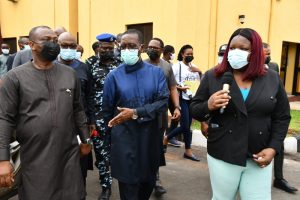 Delta Governor, Sen. (Dr) Ifeanyi Okowa, on Friday, announced that Asaba Specialist Hospital
had been fully completed and would be inaugurated on Tuesday.

Okowa, who stated this while inspecting facilities at the hospital in readiness for the inauguration, said that the hospital had been a beehive of activities since it commenced operations some months ago.

He remarked that the Specialist Hospital was a well-thought-out centre which would reduce pressure from the Federal Medical Centre in Asaba.

“The work here is completed and I have come to see it for myself. I have been conducted round by the Medical Director and the Permanent Secretary, Ministry of Health; they have shown me round and I can see that everything is in place.

“The hospital will be inaugurated next Tuesday, but I need to be sure that we are truly ready for the inauguration, hence I am here.

“It’s not about putting up a building, it’s about putting the building into a functional and operational state and I can see very well that we are ready for the inauguration.

“The radiology unit is now fully in place and the oxygen plant is fully installed and I am glad that the hospital is becoming very busy.

“I have been told that since they started, they have seen over 70,000 patients and of this number, no fewer than 30,000 are children under five years of age; so, you can imagine the level of patients that they have attended to.

“There has been a lot of pressure on the Federal Medical Centre, but with this centre here now, I think that we have been able to take off that pressure because when the pressure is too much, you find out that their attending to patients is not good enough and you may lose some people that ordinarily would have been catered for,’’ he said.

The governor expressed optimism that the hospital would be beneficial to the people, saying “I believe that this hospital is going to be very busy and we are doing our best to ensure that we have several specialists either fully employed or coming in on request to see our patients.

“It’s a very functional place and also a hospital where we are putting a part of our services into Public-Private-Partnership (PPP), especially the running of the radiology unit because we think that is the way to go to be able to provide true services to our people.

“I am also told that they have done over 200 surgeries in the past few months; that shows you that obviously this centre was well thought-out and it’s fully functional.”

On COVID-19 vaccination, the governor said that 910 persons in the state had been vaccinated for the second dose.

He stated that only four million doses of the vaccine had come into the country, adding that when all the required doses would be delivered, health officials could go to as many places as possible to carry out the vaccination.

“So far they have vaccinated no fewer than 910 people for the second dose but the numbers keep changing by the day.

“As for when the next set of doses will come for those who are going to be freshly vaccinated, there is going to be a waiting period.

“In July, we are expecting some vaccines – more likely the Pfizer vaccine – but in September, we will be expecting the Johnson and Johnson vaccine and I believe that when more of that come, many more Nigerians will be vaccinated.

“We have also been informed from our virtual meeting today that we are expecting some more Astrazeneca vaccines from South Korea.

“What we have currently in the country is quite limited but the country is doing everything possible to get vaccines from all sources but only vaccines that have been approved by the World Health Organisation WHO and also by NAFDAC can be utilised in this country.

“So Nigerians just have to be patient. But for those who have taken their first doses, they should please ensure that they present themselves for the second dose,” the governor added. 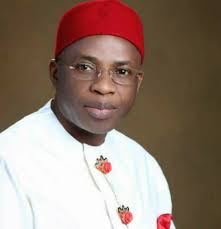