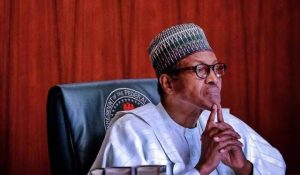 A former Secretary to the Delta State Government (SSG), Comrade Ovuozourie Macaulay has criticised the current efforts by the National Assembly (NASS) to amend the 1999 Constitution, saying it was futile and too little for the challenges on ground. 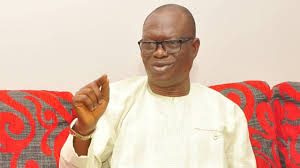 Rather, he called for a complete restructuring of Nigeria as an institution to instill confidence of the people in the country as a nation.

Speaking during an interview in Asaba, he said: “For me, Nigeria as a country has drifted and it has passed the stage where we should be begging the issue. We should attack the issues now.

“What steps can we take as a country to stop these unwarranted killings, destruction and slide to anarchy; what steps can we take to build the confidence of Nigerians so that even if we agree to dialogue, we can trust one another and discuss genuinely and frankly with focus on Nigeria as a single entity? That is what we should do if war must be averted.

“The current Constitutional review process is rather more cosmetic than real because the situation we have today is beyond the amendment of the Constitution. It calls for a total restructuring of the system

“Everybody is calling for restructuring in different ways, why can’t we put all these together and find a midway that will be suitable to all?

Besides, Macaulay noted that there have been several fruitless attempts at the Constitution amendments in the past, and wondered why the country was running away from the 2014 Constitutional Conference report.

“Everyone including the immediate past president of the country, Dr. Goodluck Jonathan has said that the Report should be visited and we do not want to do that. Is there any crime in looking at it?

Macaulay who is a former Delta State Chairman of Nigeria Labour Congress (NLC) was optimistic that all hope was not lost but argued that it depended on President Muhammadu Buhari dropping his partisanship.

“The President as the Commander-In-Chief and number one citizen of this country must listen to the people, he must drop his partisanship, and he must tackle the problem squarely. The entire problems can be solved by Mr. President in one day with pronouncements, sticking to the pronouncements, making sure they are implemented to the letter and forgetting whose ox is gored,” Macaulay said.

How we plan to restructure Nigeria after May 29, by Atiku