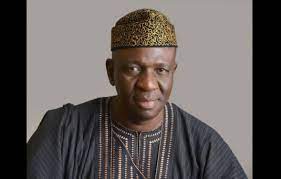 The pot and the kettle are two kitchen wares meant to serve the household in preserving its livelihood. The two endure the same excruciating heat of the sooty fire in serving the household. 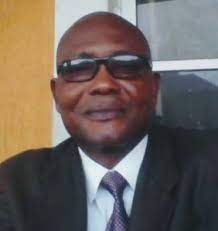 However, for inexplicable reasons, the pot which is darker in colour, perhaps, due to its constantly being used to prepare the meal for the household, seems not to know that it is smouldering in black; hence, it derides the relatively black kettle of being black. A case of a madman in rags on the street, pointing accusing finger derisively at passersby and calling them mad people!

The above scenario came to mind after reading a publication of the Punch Newspaper edition of June 19, 2021, wherein the Nigerian Senate Accounts Committee, led by Senator Matthew Urhoghide, declared that civil servants in the country were more culpable in the looting of the public coffers.

He declared gallantly following the scrutiny of the report of the Auditor General of the Federation on all the Federal MDAs that ” we have uncovered billions of monies spent without due regard to extant Act and regulations… the greatest misuse of funds are perpetrated by people from the civil service.”

He threatened that not only the thieving MDAs would be made to pay back what was stolen through them, but that retired accounting officers, including the permanent secretaries, directors, executive secretaries and other shade of civil servants who had served in such offices as far back as 10 years or more would be contacted to pay up the stolen money or risk being jailed!

While commending the panel for thoroughly digging deep into financial misappropriation in those MDAs but linking the fraudulent practices to the civil servants, it has become imperative to also inform the pot that its sooty nature has been responsible for painting the entire household in Erebus colour. There has never been a smoke without fire, just as a hunter’s dog would ever remain committed in hunting alongside the hunter with the hope of getting the entrails of the killed animals, leaving the main for the hunter and his household.

Could it have been that those accounting officers who are civil servants single handedly endorsed and approved the spending of the misappropriated funds without the political heads of the culpable MDAs? Indeed, what gave the civil servants the impetus in circumventing the extant Act and regulations, if not the prompting of the political heads who, for obvious reasons, are in a hurry to make hail while the sun shines, considering their short stay in comparison to the civil servants who is not in a hurry, but planning for his retirement so many year to come from the service?

Yes, there are some civil servants that may lure the politicians into corruptive tendencies because of human shortcomings, greed and kill-and-divide proclivities, just like a lady wooing a man; the politicians, if patriotic too would have cautioned such erring servants from defrauding the country. It is because of the inbuilt corruptive tendencies of some politicians that billions of monies are being determinedly pump down the drains in collaborative efforts in the MDAs. The kettle may be black, but the blackness of the pot is frightening!

Now, come to think of it! A civil servants would selflessly serve for 35 years in the service and upon retirement, if lucky, would be adorned by the politician with a golden wrist watch for all his efforts and he goes into retirement, waiting indefinitely for the retirement benefits, while the politician would serve, most times, feathering his nest for about two or a little more years and goes away with a retinue of choicest cars, mouth watering bank accounts, immediate payment of severance allowances, houses all over the place; yet, nobody has deemed it fit to condemn the politician’s rapaciousness, hedonism, outright unpatriotic propensities at acquiring wealth against the uplifting of humanity.

It is the cross the civil servants have to bear. One does not have any pity for them for being accused of being evil servants in pillaging the general coffers. Lack of unity of purpose in the service has even made so very many honest civil servants to be hunted by their senior colleagues, leading to the dismissal of some unfortunate ones like Father John Dold, a reverend father who was caught in the act of infamy in the 18th Century England. He was not the only clergyman perpetrating the act, his offence was his carelessness that was so glaring to the public.

The pot should, however, live in harmony with the kettle towards cleansing the sooty environment created in the household as a result of the hatred of each other, the avaricious propensity of the pot to want to hijack the fireplace at all times and its unfortunate judgmental attitude at the expense of the easy going and self contented kettle.

Government can owe you, but you can’t owe government