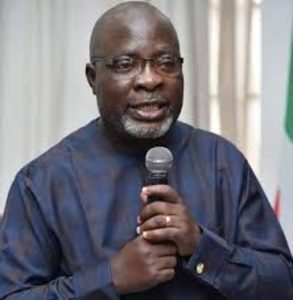 The Peoples Democratic Party (PDP) has accused the National Caucus of the ruling All Progressives Congress (APC) of conspiring against Nigerians to ban Twitter in the country in a devious move to suppress the people.

The PDP in statement by its National Publicity Secretary, Mr. Kola Ologbondiyan, recalled past efforts by the APC caucus to push bills for legislation to enforce draconian regulations and gag Nigerians from exposing their atrocities and human rights abuses.

APC Behind Twitter Ban and Moves to Suppress Nigerians

The Peoples Democratic Party (PDP) accuses the National Caucus of the All Progressives Congress (APC) of being behind the suspension of Twitter in Nigeria by the President Muhammadu Buhari administration.

The PDP says revelations available to it show how APC leaders at one of their party’s national caucus meeting recommended the regulation of social media in Nigeria and how they have been plotting to obliterate internet-based interaction platforms such as Twitter.

The PDP recalls how the APC Caucus has been pushing bills in the National Assembly, particularly in November 2020, seeking to enforce a draconian regulation of social media so as to gag Nigerians from exposing its atrocities, including human right abuses, treasury looting, nepotism and sectional marginalization by the APC administration.

have been using the Minister of Information and Culture, Lai Mohammed, to suffocate the media space with humongous fines and threats of suspension of operating license on broadcast stations.

The PDP wants the APC to know that their plot against Nigerians have been exposed and cannot stand.

Our nation is known for her resilient citizenry and no leader or political party has been able to suppress the wishes of Nigerians.

The APC, in spite of its machinations, cannot vanquish Nigerians in their determination for a free and democratic nation where sovereignty belongs to the people.