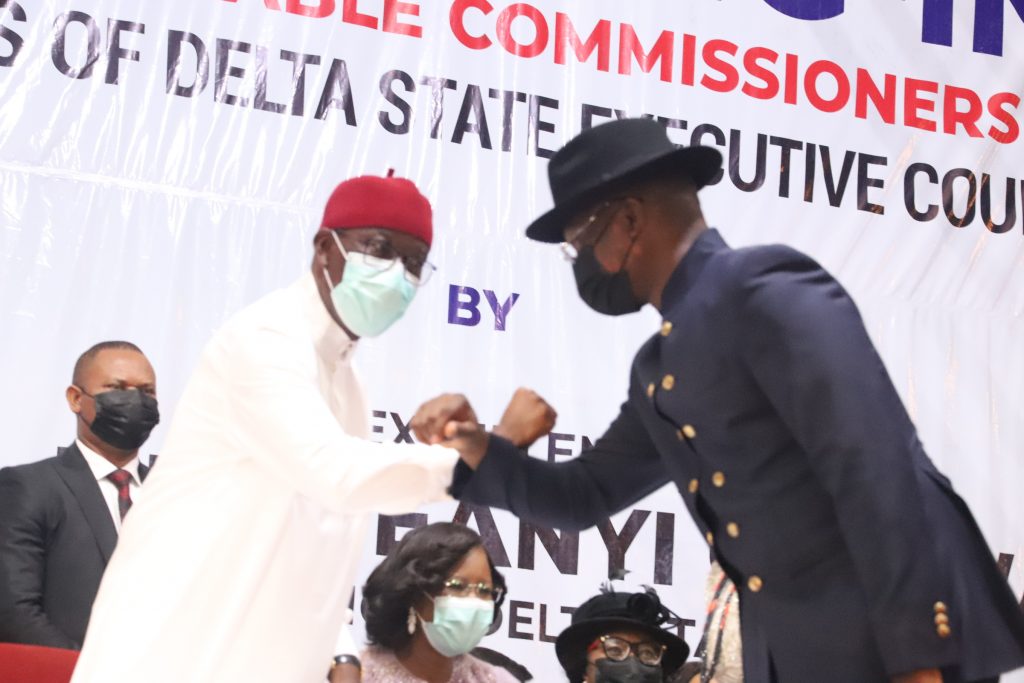 Delta Governor, Sen. (Dr) Ifeanyi Okowa, on Thursday, reiterated his commitment to encouraging increased visibility in politics as he swore in five women among 18 new commissioners in the state.

Okowa made this known at the ceremony at the Events Centre, Asaba, and stated that his resolve on the issue was a deliberate attempt towards enhancing women participation in decision-making process of governance. 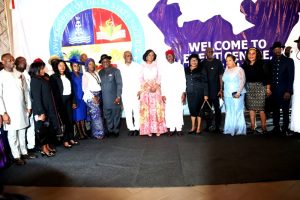 It would be recalled that in March, 2021, 17 women took oath of office as vice chairmen in 17 out of the 25 local government areas in the state.

The governor disclosed that the commissioners were appointed on merit, and charged them to guard against complacency.

He urged them to commit themselves to their responsibilities with a greater sense of urgency in the remaining period of his tenure, adding that his administration was proud of its achievements in the last six years.

“I am especially proud that we have five women in the cabinet, the first in the history of the State. This demonstrates our commitment to enhancing women participation in the decision-making process of governance.

“We intend to keep working and delivering the dividends of democracy to our people until the end of our tenure. It is our desire to complete all the projects we have started and, by the grace of God, we shall do our utmost best to make that a reality.

“You must be innovative and strategic in your thinking, encourage and welcome new ideas, and be ready to take bold action.

“This administration has barely two years to go, but it is also sufficient time to touch the lives of many more people through innovative policies and programmes targeted at their needs and aspirations,’’ he said.

Okowa charged the commissioners to be effective communicators and ensure that their staff had a firm grasp of the Stronger Delta agenda, adding that they should learn to delegate duties and also encourage their subordinates even when they make mistakes.

“Be a role model both in your public and personal lives. I urge each of you to be an embodiment of integrity, humility, excellence, loyalty and accountability.

“Role models exemplify honesty and demonstrate high ethical conduct. There is nothing more confusing and uninspiring than a leader whose personal life is at variance with his public posturing.

“This is the reason why there is so much disconnect between the political leadership and the followership.

“I trust that you will commit to leading by example as you begin your tenures today. May God grant you the knowledge, wisdom and good health to succeed in office,” he stated.

Responding on behalf of the new commissioners, Chief Tilije thanked the governor for finding them worthy to be appointed, adding that they were joyous to be part of the last lap of the administration.

He assured that they would be firm and large-hearted in the course of carrying out their duties.

“We would be truthful to all Deltans and we shall remain close to our communities.

“We will join you in creating initiatives to ensure that you leave long-lasting legacies for Deltans,” he assured.