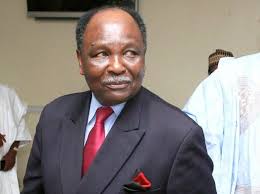 PERSPECTIVE – The Peace Treaty that led to 75 million deaths

In victory, be magnanimous. When the three-year Nigerian Civil War ended in January 1970, then Head of State, General Yakubu Gowon, announced that there was: “No Victor, No Vanquished.”

He told Nigerians that there was no need for celebration as the erstwhile rebels were our brothers and sisters who need urgent help and rehabilitation. As an immediate follow-up, he announced a programme of the three Rs: Rehabilitation, Reconstruction and Reintegration.

It was the subsequent mismanagement of this process and years of misrule by rudderless, greedy and ethno-religious military coup plotters and politicians that has led the country once again to the brink.

The basic wisdom the then 36-year-old Nigerian soldier displayed was what was lacking amongst European leaders: David Lloyd George of Britain, Vittorio Orlando of Italy, Georges Clemenceau of France, and United States of America President Woodrow Wilson in 1919 when after the First World War, they drew up what they called a “Peace Treaty”.

That bloody peace titled the ‘Treaty of Versailles’ derived its name from the French Palace in Versailles, in the Île-de-France Province where it was signed. It was an imposed treaty signed between defeated Germany and its victorious cousins. Its 102nd commemoration on Monday June 28, 2021, reminded humanity once again that being greedy and vengeful can be calamitous.

The attempt by the victors to have their pound of flesh, pulverise Germany and steal its colonies, led to a more calamitous and cataclysmic war which claimed over 75 million lives! This Second European War of the 20th Century disguised as a ‘World War’ was really, an avoidable one. The First World War had resulted in 19.7 million deaths and 21 million injured.

The treaty set out deceptively in its first part to build a multilateral world body called the League of Nations dedicated to preventing war and settling disputes through negotiation and diplomacy. But the punishment of Germany and its allies negated these ideals. The thirteenth part   established the International Labour Organisation, ILO, for   universal peace based on social justice.

In the treaty, the victors made the loser sign that: “Germany accept(s) the responsibility of Germany and her allies for causing all the loss and damage” in that    war.

So reparations, assessed in 1921 at 132 billion gold marks (then $31.4  billion or equivalent to US$442  billion in 2021) were imposed on Germany. They were so high that war-ravage and broken Germany had no chances of paying them. It appeared the Germans were being set up to violate the terms of the treaty and be further punished for it. Simultaneously, Germany was also forced    to cede the output of its Saar coalmines to France.

Germany was also stripped of 65,000 km2 of territory inhabited by seven million people which was awarded to other countries. It was likewise made to accept the independence of the current Czeh and Slovakia Republics which were under Austrian control.

Europeans had seized many parts of the world which they called colonies. They saw the German ones as war booty and under Article 119 of the treaty, shared them. In Africa, Burundi and Rwanda were given to Belgium, Northern Mozambique to Portugal, Tanzania to Britain, Togo and Cameroun to France and Namibia to South Africa. German Shandong, China, was given to Japan, Samoa to New Zealand    and all German possessions in the Pacific north and south of the equator to Australia.

Germany which had a pre-war army of 14 million men was ordered to reduce it to a maximum 100,000 soldiers and former officers were banned from attending military exercises. The maximum size of its Navy allowed was 15,000 men. In addition, it was forced to surrender 16 battleships and light cruisers, 50 torpedo boats and 42 destroyers, while 32 auxiliary ships were converted to merchant use. The German Air Force was disbanded and its weapons and equipment confiscated.

While many of the victorious world leaders were ecstatic, a lone voice could be heard warning that Germany should not be made to sign a treaty at the “point of the bayonet”. This was General Jan Christian Smuts, the father of Apartheid in South Africa. In the First World War, he was a British General who fought the Germans in East Africa.

A staunch supporter of racial Zionism, he had an unusual mind; strongly supporting human rights internationally, but violently violating human rights in South Africa. At the treaty negotiations as part of the British team, he wrote Lloyd-George, the leader of the delegation on the draconian conditions being imposed on Germany, asking: “Are we in our sober senses or suffering from shellshock?”

Twenty six days before the treaty was signed, Smuts wrote: “At the vital moment there seems to be a failure of leadership, and also a failure of the general human spirit among the peoples. I hope I am wrong, but I have a sense of impending calamity, a fear that the war was only the vanguard of calamity … I cannot look at that draft treaty without a sense of grief and shame.”

He was to be proved right about the impending calamity.  History was to record that at that critical point, the most sensible man amongst the world leaders at Versailles was General Jan Smuts, an unstable racist bigot.

The treaty was a bitter pill for Germany to swallow and angry Germans assassinated officials they think were responsible for this calamity.  Germany was weighed down by all these, including payment of reparations when the American stock market crashed in October 1929 wiping out millions of investors leading to the Great Depression.    These led to the collapse of the German economy.

All these resulted in the phenomenal rise of the fascist National Socialist German Workers’ Party, famously known as the    Nazi Party which had been established in 1919.    The Nazis led by war veteran, Adolf Hitler, campaigned for the rejection of the treaty and    restoration of German sovereignty.

In 1933, the Nazis came to power, tore the treaty to bits, re-armed Germany, re-built its military and began to retake the territories seized from it. This led to the Second World War; the most calamitous and destructive conflict in human history.

During the war, then British Prime Minister Winston Churchill wrote: “In War: Resolution, In Defeat: Defiance, In Victory: Magnanimity, In Peace: Good Will.” The Versailles Peace Treaty came at a cost of 75 million lives. But has humanity learnt useful lessons from it?