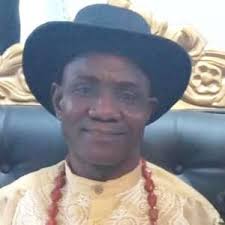 Peoples Democratic Party (PDP) Leaders in Delta Central have been advised put up some measure of soberness and show remorse by urgently curing the obvious defects of 2014 party gubernatorial primaries before embarking on lobby tour for governorship slot.

PDP chuieftain in Delta Central Senatorial District, who is also an Executive Assistant to the Governor of Delta State on Communications, Mr. Fred Latimore Oghenesivbe, JP, who gave the advice while speaking as guest of Voice of Delta FM Radio, in Asaba on Friday July 9, 2021, said that Governor Ifeanyi Okowa was right to claim that he did not win 2015 gubernatorial election on the basis of PDP Delta power rotation agreement.

Justifying his assertion, Oghenesivbe, recalled that he was the Political Communication strategist to Sir Tony Obuh, of blessed memory, in 2014, saying that Obuh was promoted for the office of governor by a political pressure group – Delta United for Tony Obuh, DUTO, sponsored by former governor, Dr Emmanuel Uduaghan.

He recalled that Obuh was later dropped less than 72 hours to party primaries and the Uduaghan structure adopted Olorogun David Edevbie, to slog it out with Okowa of Delta North. Unfortunately for the Uduaghan-Edevbie group, Delta North and Okowa, won the party gubernatorial primaries in 2014, pointing out  that if Edevbie had won the primaries, rotation of power would have been long forgotten in the state’s political scheme of things.

He further disclosed that some persons who are among the promoters of DC-23 lobby group, were the brain box of David Edevbie’s governorship ambition in 2014/2015, adding that they drove the agenda with all seriousness until Okowa of Delta North knocked off Edevbie of Delta Central who emerged second at the PDP primaries in Asaba.

Oghenesivbe, told listeners across Delta State, that it was later rumoured that a former governor of the State, Chief James Ibori, phoned from London, instructing PDP Delta and National to drop Obuh and allow Okowa to grab the ticket, and on the strength of that rumour it was expected that Edevbie would step down for Okowa, but alas, he went ahead and lost out in the watertight political chess game.

“Chief Ibori’s last minute intervention did not stop Edevbie from prosecuting his  governorship agenda in 2014, and we began to wonder whether or not the instruction was real, for the fact that Edevbie is a well known political loyalist and godson of Chief Ibori. It is either Edevbie disobeyed Ibori, or that he was not instructed to step down by Chief Ibori. One must be correct.

“In my personal view, the instruction from Chief Ibori, may have come too late at a time delegates had made up their minds on who to vote for, which obviously depleted the votes that Okowa would have effortlessly earned under the alleged power rotation arrangement.

“It is safe to assert that the 2014 PDP gubernatorial party primaries was a fierce contest between Delta North and the two other districts, which in my view, cannot be credited to anything near power rotation agreement. Not at all.

“David Edevbie and his political associates do not have the moral justification to stand on the altar of power rotation agreement, as far as 2023 PDP governorship election is concerned, because he and his supporters expressly repudiated the alleged rotation of power through his participation in the party gubernatorial primaries as a major stakeholder in the PRA arrangement.

“Some of us could not stand the high level of political deceit in 2014, which was alleged to have been crafted by some persons in Delta Central in collaboration with Urhobo Progress Union, UPU, President General, Chief Joe Omene, as he then was. UPU wanted Urhobo Governor either way, PDP or APC in 2015.

“The strong desire for Urhobo Governor in 2015, cracked UPU and two factions emerged. One headed by Joe Omene for Edevbie of PDP and the other headed by Chief Tuesday Onoge, for Olorogun Emerhor of APC. When Edevbie could not make it, Omene faction of UPU pitched tent with Chief Great Ogboru of Labour Party, for governor and Goodluck Jonathan of PDP for President. It was that bad, misleading and highly deceitful.

“As Obuh’s communication strategist, I was abused and cursed by my Urhobo folks and some of the leaders, at the very peak of agitation for Urhobo Governor in 2014/2015. I was later forgiven after defecting to APC to work for Olorogun Emerhor as Campaign Communication Director. It was that bad and the truth must be told. And after 2014 PDP gubernatorial primaries, a faction of Delta United for Tony Obuh of PDP defected to the All Progressives Congress, APC.

“This clarification is necessary to further give credence to Governor Okowa’s claim that he was not elected on the basis of PDP power rotation arrangement in 2015. His claim cannot be faulted by any right thinking leader of PDP in Delta State.

“The level of political deceit in 2014/2015 was very high. It also led to the defection of Ovie Omo Agege from PDP to Labour Party, LP, where he rode through the back of Chief Great Ogboru to the Senate, and subsequently became the Deputy Senate President, DSP, via zoning.

“I remember clearly that Chief Ighoyota Amori, the convener of DC-23 was Obuh’s Consultation Team Leader in 2014, while Pastor Chris Onogba, Commissioner for Environment, was the team spokesperson until things fell apart and Edevbie emerged as Obuh’s replacement.

“Edevbie was presented to us in the wee hours of the night at the Asaba residence of Chief (Mrs) Faith Majemite, as our new Principal, after Obuh was dropped. She also coordinated delegates for Edevbie at the venue of the party primaries. This is a well known fact to all PDP leaders in the state. At the moment, she is the National Woman Leader of DC-23, singing the song of power rotation. As Christians, there is the need for us to apply good conscience in the prosecution of political projects.

“I strongly believe that the best way to approach this matter is for leaders of Delta Central, not on the basis of DC-23, to meet with Governor Okowa who is the State leader of the Party, to craft a reconciliation process capable of pacifying aggrieved stakeholders before embarking on any lobby tour.

“I am in support of power rotation because it promotes peaceful coexistence and enables the weak, the strong, the minority and majority to govern the state. It promotes equity and Justice in power equation.

“It is also my desire that power should shift to Delta Central in 2023, which is why leaders of Delta Central through the party structure in the district, must initiate moves for proper reconciliation, not DC-23 lobby group, so that some persons will not see themselves as king makers.

“Once the grey areas are fixed, there might not be need for lobby groups because a brand new understanding or agreement would have been arrived at or reached to revalidate the PDP Delta power rotation arrangement. This is my prayer!

“I urge the state party chairman, who is also from Delta Central, to liaise with the state party leader and governor, Senator Dr Ifeanyi Arthur Okowa, so as to ensure that this matter is dealt with once and for all, at the party level, comprising leaders from the three senatorial districts.

“PDP is the best party in Africa, well known for her solid and robust internal democracy. We must therefore do the needful to keep the family together, to prosecute 2023 general elections,” Oghenesivbe said.