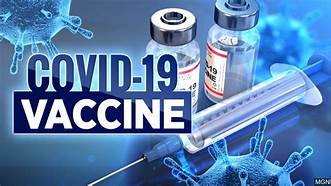 The first of this serial of Monday, July 12, 2021, contrasted the “mRNA COVID-19 vaccine” with the “normal vaccine” from the pathogen itself – a microbe or virus that was killed or weakened – and introduced into the body in order to produce antibodies. 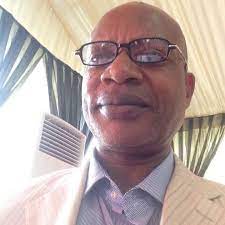 The argument of the “anti-vaccine” (anti-vax) propagators is that those inoculated with the COVID vaccines have been sentenced to “premature death,” contrary to the advantages that vaccine enthusiasts claim it confers on the immunised.

These contradictory views among virologists and vaccinologists have left many confused, fueling vaccination hesitancy or refusal amid more fast spreading and deadlier Delta variants worldwide.

As reported in many countries, infections and hospitalisation are rising, doubling the rate of vaccinations that’s down, say in the United States, to 80 per cent in some states.

While the “SARS-CoV-2 Delta variant has surfaced in Nigeria – and the federal and state governments, and experts managing the pandemic are bracing up for any eventuality, even as the University of Lagos (UNILAG) has shut down due to a rise in cases among students – Nigerian virus sceptics are unmoved.

Instead, they lap up conspiracy theories: COVID-19 vaccines carry “microchips” that alter the gene, destroy immune system, sterilize people for depopulation, and the over 3.57 billion vaccinated worldwide as at Friday, July 16, “will die within three years.”

Other myths and misinformation stoking vaccine resistance among Nigerians are:

* The virus can’t kill Africans due to the continent’s climatic conditions, and “immunity” from drugs against malaria and other ailments.

* Africans and people of colour are used as “guinea pigs” for the vaccines.

* Doses sent to Africa and communities of colour are different from those administered in other regions.

Oblivious of allianceforscience.cornell.edu‘s caution that “most conspiracy theories, like the viruses they resemble, constantly mutate and have several variants circulating at any one time,” Nigerian COVID-19 deniers not only shun health and social protocols as effective means of preventing the virus, but also poke fun at those wearing masks that demonstrably save lives.

I got a dose of the laugh-you-in-the-face on July 5 when I went and picked a copy of New Telegraph, and saw the commercial (okada) rider, who helps refill our cooking gas cylinders.

The previous Monday, June 28, he had promised to come and pick an empty cylinder for refilling; he didn’t. So, chancing on him at the “okada park,” I wanted to know why he didn’t turn up.

Rather than answer the question, he raised a query in response. “You’re still wearing mask?” he said, as he made to mollify me for breaking his assurances of the previous week.

“Yes, I’m still wearing mask as COVID-19 hasn’t been eliminated,” I replied, torn between anger and accepting his apology. “Or have you heard that the virus is no longer in Nigeria?” I added.

The elderly cyclist, who seems my senior, and dons the same jacket since I knew him for several years – and in this COVID-19 era used to wear a mask on his chin – held me and repeatedly said, “I’m sorry I didn’t come. Please, forgive me. I will not fail you again.”

Away from the “okada rider,” I met another patron, a lady mini distributor of bread, who asked in pidgin English: “Una still dey wear mask? COVID-19 no dey againooo! As im no fit do us anything, di people wey carry im come don komot am from Nigeria.”

My counter-argument was of no effect, so I left to see my friend, who runs a provision/patent medicine store. Addressed simply as “Chemist” by customers, he, like most sceptics, maintains a matter-of-fact manner to COVID-19 and the vaccines.

As we moved, as usual, from one topic to another: politics, economy, insecurity, rearrest of Nnamdi Kanu and declaration Sunday Adeyemo, alias Sunday Igboho, “wanted,” a woman in hijab pulled up, wound down the glass and asked for a ware.

Perhaps not grasping what she said, the storekeeper urged her to “remove your mask, there’s no COVID-19.” The woman lowered the mask to the jaw, and told him to cut the prank.

Interjecting, I told her the storekeeper merely wanted to see her face, which she affirmed, saying, “Don’t mind him, he wants to see my face,” and laughed, as she alighted and repeated her advice that COVID-19 was real, but “we are lucky because of our climate.”

Having received the two packets of the product she requested, she climbed back behind the wheel, opened the packets and emptied their contents into a small silver warmer/flask.

Before she engaged gear, I appreciated her donning a mask, and briefly narrated how I went into town, and didn’t meet or see any Lagosian wearing a mask, to which she said it’s unwise to trivialize the pandemic and the vaccines. She curtsied and drove off.

Some of the conspiracy theories, myths and misinformation about COVID-19 are at best hilarious, but the rave of the moment is that the vaccinated spot in the upper arm can “generate light.”

Reportedly linked to a video by a medical doctor, who “generated light” by placing a handset on the vaccinated spot of his arm, Nigerian vaccine doubters hold that with vaccine-induced light, “there is no need for NEPA,” an allusion to Nigeria’s inefficient and moribund public electricity supplier.

Possibly aligning with this narrative, some of my community people in Lagos, at our monthly meeting on Sunday, July 4, tried to goad me into pulling-up my sleeve, to “generate light” from my arm, knowing that I’d taken the two shots of the AstraZeneca vaccine.

Momentarily, I was tempted to yield to the “experiment.” But I decided against lending credence to public fantasies, and help solidify people’s non-belief in COVID-19 and the vaccines.

I refused their urgings, promising, inwardly, to carry out the test at home, which I did with no “light” generated in my arm. But would the virus deniers and inoculation resistants believe it?

Not when they didn’t witness the “experiment,” which outcome they would’ve disputed, anyway, on the likely accusation of manipulation of the process, even if carried out in their presence, but didn’t meet their expectation or mindset.

It’s why they don’t wear masks, and mock those who do as “ignorant” or “having contracted” the disease. It’s why they look at you with suspicion, and sometimes try to sidestep or avoid contact with you. And it’s why they voraciously consume conspiracy theories and deny the reality of and about COVID-19.

Now that the “anti-vaccine heroes” have passed a “death sentence” on those already immunized, the vaccine deniers will claim vindication about an alleged hidden agenda by the enthusiasts and governments that insist on mass vaccination.