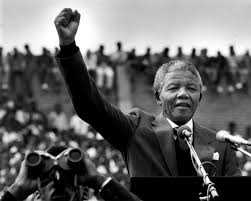 Joseph and Mary fled to Egypt with their infant baby, our Lord Jesus Christ, to escape Herod’s determination to seek and destroy Him. The Holy Family remained there until Herod passed. Mathew 2: 13-15.

The Holy Prophet Muhammed ( PBUH) embarked on Hijirah from Mecca to Medina in 622 CE, fleeing Mecca to escape persecution from an authoritarian regime.

Nelson Mandela, Oliver Thambo, Thabo Mbeki and many of the South African freedom fighters at one point or the other fled South Africa into exile, during the anti- Apartheid struggle. Nelson Mandela, for example, was in Ghana and he engaged in military training in Algeria during his Umkotho We Sizwe (spear of the nation ) military phase of that struggle.

In the wake of the Western Nigeria crisis in 1962 , the clampdown on the political opposition, Action Group, by the Northern Peoples Congress – led Federal Government, and the treasonable felony trial of Chief Obafemi Awolowo, the Leader of Opposition in the Federal Parliament, and the other AG stalwarts, Chief Anthony Enahoro, nationalist and opposition politician, fled to the United Kingdom. So also was Chief Ayo Adebanjo, who fled to Ghana.

At the tail end of the unfortunate Nigerian civil war in 1970 , Chief ( General) Chukwuemeka Odumegwu Ojukwu, the Biafran Head of State fled into Exile in Ivory Coast, where he remained until his return to Nigeria in June 1982 after being granted full pardon by President Shehu Shagari .

Upon his overthrow in a bloodless military coup in 1975 and his replacement by General Murtala Muhammed as Head of State, General Yakubu Gowon, Nigeria’s Military Head of State from 1966-1975 went into exile in the United Kingdom from an Organization of African Unity Summit in Kampala , Uganda. He remained in exile, even after being implicated in the bloody but botched Lt. Col. Dimka Coup of 1976, in which General Murtala Muhammed, the Head of State was assassinated. He only returned to Nigeria in December 1983 after being pardoned by President Shehu Shagari.

Following the Major General Muhammadu Buhari- led military overthrow of government on 31st December, 1983, a number of politicians fled into exile in the United Kingdom, including the Chairman of the ruling party , National Party of Nigeria, Chief Meredith Adisa Akinloye, the Attorney General of the Federation and Minister of Justice under the Shagari Government, Chief Richard Akinjide, and Alhaji Umaru Dikko , the Transportation Minister in the Administration. Umaru Dikko was later abducted by the Military Regime and crated in a diplomatic luggage to be flown to Nigeria by Israeli agents contracted for the kidnap. The abduction bid was botched when UK Police intercepted the scheduled flight and rescued the fugitive/ emigre. A rancorous diplomatic row ensued between Nigeria and the United Kingdom, and Nigeria was sanctioned .

During the pernicious rule of General Sani Abacha ( 1993-1998), many pro-democracy activists, politicians, and civil society leaders fled into exile to avoid elimination and persecution. Abacha set and broke many despotic records. Many, including strategists in the broad anti- military coalition , were late in the awakening that a dictator like no other was in the saddle of power. Nobody had imagined, for example, that after holding the winner of the June 12 Election, Chief MKO Abiola in custody for treason , the Abacha Regime could still go ahead to assassinate the wife, Alhaja Kudirat Abiola in broad day light. In the afternoon in the ever traffic busy Lagos metropolis.

And many did not anticipate that the Administrator, Novelist and Environmentalist, Ken Saro Wiwa and the nine Ogoni activists, dragged before a Civil Disturbances Tribunal in 1994 could be convicted, sentenced to death and hanged in 1995 In defiance of the plea and position of the international community, an act which resulted in the expulsion of Nigeria from the Commonwealth, amongst other imposed sanctions.

Thus, Professor Wole Soyinka , Lt. General Alani Akinrinade, Chief Anthony Enahoro, Senator Bola Ahmed Tinubu, Dapo Olorunyomi, and many others fled into exile. In the case of Senator Bola Tinubu ( Asiwaju Bola Ahmed Tinubu ), he and others had been detained, for treason.They were granted bail, and released on bail. ( Travel ) Passport was deposited. But he had to jump bail and flee into exile through Cotonou and later a West African Country. He had no truck with Abacha’s “rule of law”.

Even Brigadier General David Mark, got a plate of the Benue produced pounded yam without waiting for the soup to eat the food 😀. He did not trust the humaneness and kindheartedness of Abacha, his co-coup plotter. He fled Nigeria. He lived to become not only a senator of the Federal Republic of Nigeria but also the Senate President. Perhaps, the longest serving.

Also during that dark era, Chief Gani Fawehinmi, SAM, SAN ( of blessed memory ), a stickler for the rule of law, who, from 1969-1997, was unlawfully held in detention many times , without fleeing into exile , did the unusual. He wanted to travel to abroad for his medicals, amongst other things. Following his being prevented from leaving Nigeria, by flight from the Murtala International Airport, by the Abacha Regime, he traveled incognito, through the Nigeria- Benin Republic Border ( passing through the bush ) to Cotonou , in order to travel overseas. Of course, he returned to Nigeria.

General ( before he became a chief ) Olusegun Obasanjo was in Copenhagen , Denmark in 1995, attending a conference when he was alerted that the Abacha Regime could get him arrested and detained for an alleged involvement in Abacha’s phantom coup . Ever confident, and perhaps believing that a rabidly mad dog , biting all, would, at least, respect and spare his owner of any impudent bite, he waived off that prospect. He flew back to Nigeria. He was not molested on arrival. He was allowed to retire to his Otta Farms House , only for him to be invaded and arrested in the night. Detained, hurled before a military coup tribunal, convicted and sentenced to life imprisonment. By his own confession, he passed through the valley of shadow of death. He was released from Yola Prison in 1998, following the death of Abacha. His erstwhile deputy, Major General Shehu Musa Yar Adua , similarly detained, tried , convicted , sentenced and jailed was not that lucky. He died in Abakaliki prison in December 1997. Suspected to have been murdered.

In 1985, Major General Tunde Idiagbon went for Hajj in Saudi Arabia. He was the Chief of Staff Supreme Headquarters, Buhari’s deputy. The Ibrahim Babangida conter- coup caught up with him there. He returned home and like his boss was kept in custody for about three years.

In 2007 , Mallam Nuhu Ribadu, An AIG and Ex Chairman of the EFCC fled into exile to avoid political persecution by the Umar Musa Yar Adua Administration. He fled Nigeria through the border. He is a very courageous man. And his “ comrade in struggle “, at the time, Mallam Nasir El Rufai was no less courageous, when he also hibernated in exile, during that same dovish Yar Adua Administration, for fear of political persecution.

So, my friend, flight into exile to avoid political persecution is not necessarily an act of cowardice; neither is sitting on one’s hands to face repressive invasion, arrest, detention or death a badge of courage.