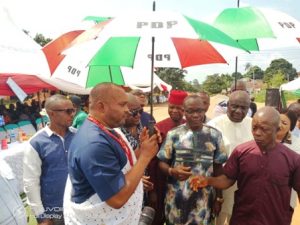 The All progressives Congress (APC) has been described as a political party without foundation but one that stands a shaky pack of cards. 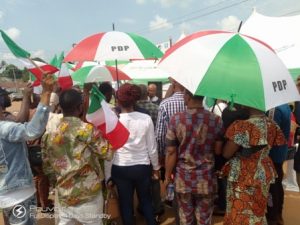 Engr Kelvin Okolie, an acknowledged former chief chieftain of the APC and the National President of the Buhari/Osibanjo Youth Movement made the statement at a reception during which he dumped the party for the Peoples Democratic Party (PDP) on Monday, July 26, 2021 at Ukwunzu, Aniocha North Local Government Area of Delta State.

Okolie’s move with his numerous supporters which has been described as a big loss to the APC in Aniocha North known because of his massive mobilisation of youths for the election of President Muhammad Buhari in 2015 and re-election in 2019, said that he felt at home with his joining the PDP, stressing that he was gratified with the level of love and togetherness he observed in the Party in Aniocha North.

“Honestly, am happy with the brotherhood, the synergy and unity that exist among the leaders and members of the PDP in Aniocha North. What i have seen has confirmed that PDP is a united family with an unshakable foundation.

“I am really overwhelmed with your warm reception,” Engr. Okolie stated.

He said that his defection from the APC stem from the fact that the party does not in any way have a solid foundation and said that its foundation is like a pack of cards.

“The truth is that APC in Delta State is not functional. It is only based on personal interest and not on the people. Everyone is out for what they will immediately gain. They are not interested in representing the people. 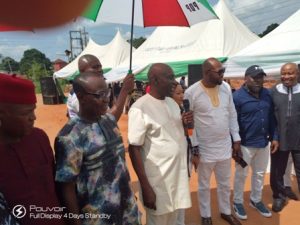 “They are there for what to gain and not what to give out to the society. It is the amalgamation of selfish and self-centered people who are not interested in the People.

“That is why we decided to join a party with clear focus for the people, a party that I have seen sincerity, togetherness, love for the people and willingness to move the party and the people forward,” he said.

He commended the State Governor Senator Dr. Ifeanyi Okowa for the massive infrastructure development in Aniocha North and across the State and noted that the people oriented administration of the Governor propelled him and his supporters to join the PDP.

The Vice Chairman of Aniocha North Local Government, Hon. Princess Tina Amuamuziam expressed joy over the success of the event, even as she commended the PDP leadership in the area for their credible representation.

She described Engr. Kelvin as a big political fish who had been a Chieftain of APC even at the top before he dumped them and joined the PDP, saying that she was happy that he was joining them in ward 9 Ukwu-Nzu to help in moving the Party forward.

“My brother, Kelvin has been in APC, he has invested a lot in APC and he was at the helm of affairs in the party, but he confessed to me and said that he has seen what the Governor is doing and that he wants to be in that train and today we have welcome him into the PDP and we are very excited and glad about it,” she said. 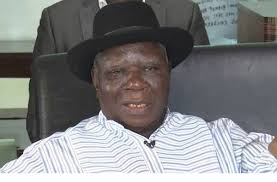 Edwin Clark to Oshiomhole: Stop wasting your time, Obaseki will be reelected