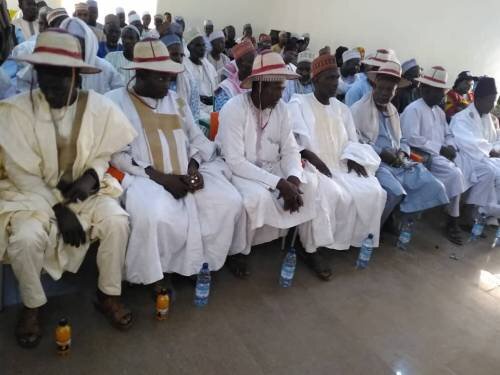 A statement by Princess Adeola Olamijulo, on behalf of the group, said Miyyetti Allah has been speaking carelessly, illegally and impudently, and on rampage killing and raping innocent citizens questioning why Malami has not taken steps to proscribe the group.

He spoke against the threat by the Federal Government through an aide of the Attorney General of Federation to proscribe self-determination groups in Yoruba nation.

The Nigerian Indigenous Nationalities Alliance for Self-Determination (NINAS) have been carrying out peaceful protests in all the nooks and crannies of Yoruba land to sensitise people on the up-coming referendum to determine whether the Yoruba will opt for self-determination.

The threat from the Federal Government came on the heels of the expiration of 120 days NINAS gave the government.

Olamijulo said various groups in Yoruba nation have been peaceful and ethical in their rallies even in the face of provocation by the police and other agents of the Federal Government.

He warned that no action by the Federal Government would stop Yoruba nationalists from agitating for self-determination as enshrined in various international instruments to which Nigeria is a signatory.

The group warned the Federal Government to stop the intimidation of self-determination agitators and rethink the threat to arrest Prof. Adebanji Akintoye, adding that majority of Yoruba citizens are resolute in their quest for self-determination.