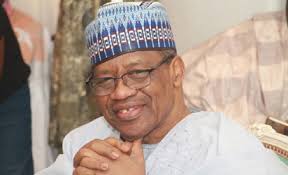 The Minority Caucus in the House of Representative has congratulated former military president, Gen. Ibrahim Babangida on his birthday today.

The Caucus in a statement signed by the Minority Leader, Hon. Ndudi Elumelu felicitated with the retired general on his attainment of the age of 80 years.

The Minority Caucus in the House of Representatives congratulates former military President, Gen. Ibrahim Badamasi Babangida GCFR, as he attains the octogenarian age of 80 years.

The Minority Caucus celebrates Gen. Babangida as a noble and dignified leader, an exceptionally detribalized statesman, whose commitment towards the unity, stability, national cohesion and economic development of our nation has remained unwavering.

Over the years, Gen. Babangida, whose legacies in office cut across all sectors of our national life, has particularly remained a quintessence of humility, tolerance and nationalism in the national quest for mutual respect, peaceful coexistence, political stability and economic prosperity of all.

The Minority Caucus is particularly grateful to God for keeping Gen. Babangida in good health and sound mind, as he enters into this new phase in his life, so that our nation and humanity at large, will continue to benefit from his wealth of experience, especially at this critical time in our national history.

Our caucus felicitates with Gen. Babangida on this momentous occasion in his life and prays to God to bless him with many more years in good health and happiness.

Minority Leader of the House of Representatives