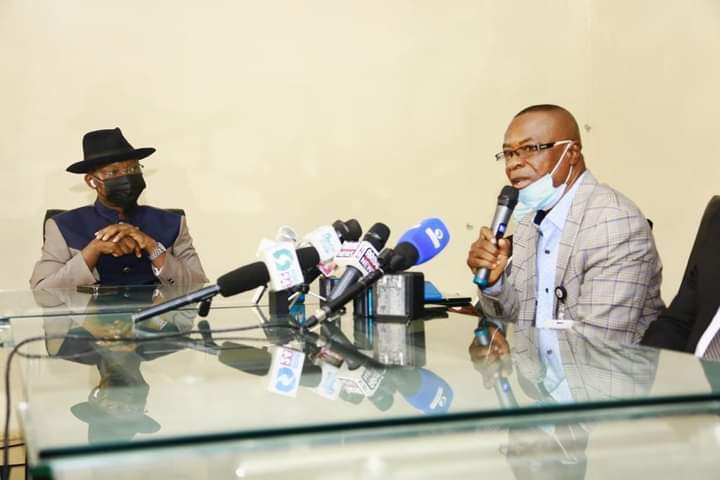 Delta State Commissioner for Information, Mr Charles Aniagwu, on Tuesday charged Independent National Electoral Commission (INEC) to ensure that electronic transmission of results from polling units in 2023 general elections and beyond was achieved.

Aniagwu made the call when he received the Resident Electoral Commissioner (REC), Mr Monday Udoh-Tom and his delegation, who were on an advocacy visit to his office in Asaba.

He said that if INEC could verify Permanent Voter Card (PVC) holders through electronic means, nothing would stop it from transmitting election results electronically.

He commended the electoral umpire for the several innovations it had initiated since 2012, including the card reader.

Aniagwu said that most Nigerians were solidly behind INEC on transmission of electoral results by electronic means and urged the commission to remain steadfast in achieving that target, adding that the innovations had greatly enhanced transparency and integrity of the electoral process.

He pledged the continued collaboration of the state government with INEC in ensuring further sensitisation of eligible Deltans to participate in ongoing voter registration.

“Electronic transmission of results will enhance electoral integrity and so I must urge INEC to remain steadfast in ensuring that election results are transmitted electronically so that we can be at par with most developed climes.

“If INEC is able to authenticate both the voter’s card and the card holder electronically, then I am confident that they can also transmit election results electronically too,” he said.

He lauded the REC for the massive sensitisation on the Continuous Voter Registration (CVR) in the state.

“We will continue to work with you and support you to ensure that more Deltans are registered into the voter register.

“Our collaboration is to ensure that you succeed in the very good intentions that you have set for yourselves to ensure electoral integrity.

“The importance of voting cannot be over-emphasised because
beyond being a civic duty that citizens owe the nation, they have the opportunity to vote for leaders of their preference.

“When you don’t vote it means you have inadvertently contributed to bad governance.

“Once we have integrity in our electoral process then we would have reduced corruption in our country,” Aniagwu stated.

Earlier, the REC had said that his team was in the ministry on an advocacy visit to the Commissioner on the CVR.

He commended Governor Ifeanyi Okowa for approving the use of state media outfits for sensitisation of eligible voters.

He said that Delta was not lagging behind in the ongoing voter registration, adding that no fewer than 100,000 Deltans had registered in the last three weeks of the exercise.

“We have come here to tell you to continue to send the message out to Deltans who are 18 years and above to go and register.

“Those who have problems with their cards as well as those who want to transfer their voting points can avail themselves of the opportunity presented by the CVR.

“So far we are happy that Deltans have taken the opportunity seriously.

“In order to decongest the voting environment, INEC created additional 2,239 polling units in Delta bringing the total to 5,863 polling units and we want people to register in those new polling units,” he said.