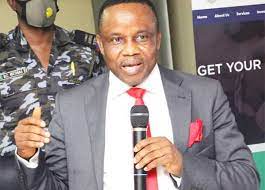 Titled “The Role of the Niger Delta in National Development”, the lecture will hold at the Faculty of Management Science Auditorium at the main campus of the University.

Mr. Akwa, a seasoned banker and lawyer, will provide broad and deep perspectives on the various aspects of the Niger Delta Region and the zone’s contributions to the development of our dear country.

The lecture will also take a look at the nagging issue of Nigeria without crude.

Akwa was nominated to deliver this Lecture based on his sterling performance as the chief executive of the intervention agency in the last seven months.

In the short period that he has been in the saddle as the CEO, Mr Akwa has worked with the Niger Delta Minister, Senator Godswill Akpabio, to record outstanding milestones such as:

7. Completion of the Forensic Audit exercise. The Report will be presented to the President very soon.

The University of Abuja community, and indeed the political and business establishment in the Federal Capital are eagerly waiting to hear from the NDDC Chief Executive.