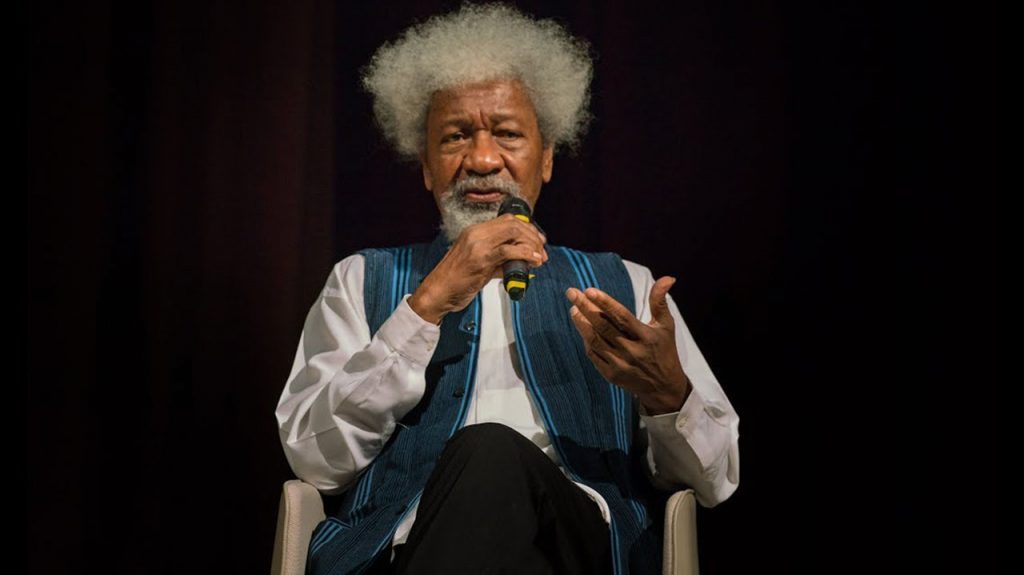 Nobel prize winner, Prof. Wole Soyinka, yesterday, declared that the international community was duly obliged to wade into the security situation in the country, saying the Federal Government has failed to fulfill its obligation under the United Nations Charter to which Nigeria is a signatory.

According to him, he was calling for the intervention of the international community at this stage because he does not want what was going on now to become the new normal in Nigeria.

Soyinka also urged the government of Republic of Benin to immediately release Yoruba nation agitator, Mr. Sunday Adeyemo (a.k.a Sunday Igboho), insisting that he has not committed any crime.

Addressing journalists at Freedom Park, Lagos, Soyinka said somebody calling for a separate state does not deserve to be called a criminal, as long as it was done peacefully and within the law.

“You don’t criminalise such action. I am appealing to the government of Republic of Benin, why are you keeping this victim in prison? What crime did he commit against your state? He should be released and let him go about his business that was interrupted unjustly,” he said.

According to him, Igboho has not committed any crime in this nation and to ask for his repatriation is adding salt to injury.

“They went to the man’s house, destroyed his property, chased him to the wilderness. The security services committed criminal acts against him by raiding his home at 2.00am, killing two of his people and claiming they found weapon in his home. Who will believe that cock and bull story?” he queried.

Reacting to the query issued to Channels TV by the National Broadcasting Commission, Soyinka asked: “Who decides professionalism? Is it NBC or mass communication fora? It is Channels TV; it can be anyone. This is the first time I am seeing a kind of query the media is getting. This is one of the most semi illiterate queries that I have ever seen. Next time, those letters should be thrown into garbage bin. This should be stopped as soon as possible.

“Decree Number 4 has no place in a democracy and it is about time we emphasise that both in language and in act,” he said.

The Nobel laureate critisised last Saturday’s carnival-like wedding of President Buhari’s son, Yusuf, in Kano, saying it was wrong to have organised the wedding in that manner when some school children were in the kidnappers’ den.

His words: “There was a carnival of a wedding in Kano; the president’s child was getting married. But some school children are kidnapped. This is not what I understand of leadership. I am not saying president’s children should not get married. I had made the mistake of thinking it would have been sufficient giving these children money and say go to Dubai and have a good time there.

“He should set an example. The president seems not to hear things. Virtually the nation is screaming we do not want open cattle grazing. Then comes a new version of RUGA with the president sending his agent out to go and map out grazing routes. So, why is this president obsessed about something that is being rejected? The obsession to the extent that people who are rational begin to wonder if it is all about cattle or there is an agenda we don’t know about. Conspiracy theories abound when the leadership is pursuing interest against the people.

“How do we describe the targeting of children? There is a Charter for the protection of children. When these articles are violated and all we do is to celebrate weddings, it means such a nation has failed to live up to its responsibility under United Nations laws.

“We have been saying ask for international help, this thing is beyond you. It is not a question of begging; it has become an international responsibility. The international community is duly obliged to take action since there is failure on the part of governance to fulfill its obligation under United Nations Charter to which Nigeria is a signatory.”

He added that in Nigeria, a very successful slave trade was going on with the markets springing up, noting that the targets are children and school pupils.

“Very soon, Nigeria will be quoting slaves on the stock market. I can’t see any difference between slavery and what is happening to school pupils today.