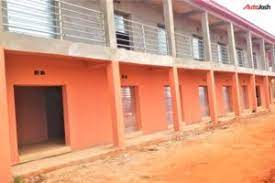 It is not for nothing that Delta State is called the “Big Heart of the Nation”. Methinks, it has to do with the nature of the people, gifted with high sense of industry; who are amazingly known for their ingenuity, resilience, ability to do and deliver; a people that are highly resourceful and painstaking in their efforts, yet astonishingly creative and hospitable. The totality of it all is what is rendered in Pidgin English to wit “Delta no de carry last”, that is talking about the pacesetting grace on the state”

With Governor Ifeanyi Okowa, Delta State is steadily living up to the name of the “Big Heart of the nation” and setting the pace for others to follow. This time it is in the area of a transformed environment through urban renewal, which is the number six of Governor Okowa’s Five-point SMART Agenda. The vision of a transformed state has led the governor to fulfill his campaign promise to mechanics who desired that he provided them with a mechanic’s village when he finally becomes governor. And he agreed, making it a campaign issue. Today, work is at advanced stage in the effort to fulfill that promise. It is novel, what experts have called “a 21st century strategy for improving the quality of the global environment.” 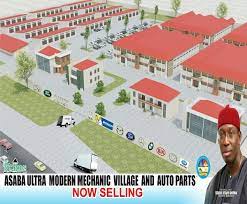 The project was instigated by the Delta State Investments Development Agency (DIDA) that was set up by the present administration through the Delta state Investment Development Agency Law (2016), to promote, develop and regulate all investments and concessions in the state. The Director General/Chief Executive Officer of the agency, Olorogun Lucky Oghene-Omoru states in an acknowledgment that the agency’s operational strategy is to harness the available natural resources in agriculture, oil and gas, transportation (road, air and sea), ports and maritime resources, education, health care and tourism sectors, etc to promote inflow of investments, diversify the economy away from overdependence on petroleum revenues, generate employment and create wealth in line with the SMART Agenda of the present administration.

The Executive Assistant to the Governor and Chairman of DIDA, Mr. Paul Nma talking about the origin of the idea of the Asaba Ultra Modern Mechanic Village said it was based on the need to promote investment. He said: “Some mechanics came and said they would want His Excellency, the Governor to build a mechanic village; that His Excellency promised during his campaign to build a mechanic village. But I told them that then government does not have that type of money, but that I can structure or work on the possibility of getting a private investor. I was in Dubai, and I met with officials of Rehomes Property Development Company Limited and the deal was struck to build the mechanic village.

In the arrangement, Rehomes Property Development Company Limited, with offices in Asaba, Lagos and Dubai is the main investor and in partnership with the Delta state Government, which is providing the land space. It is on a Public Private Partnership (PPP) basis. The Delta Government is not providing any dime in terms of finance for the project.

Rehomes Property Development Company’s Managing Director and Chief Executive office, young and soft spoken Evangelist Chima Ofoma said the Asaba Ultra Modern Mechanic Village is the first of its kind in Africa. “It is a one-stop-shop, and it has to do with anything automobile. Both the mechanics and spare parts are coming into a place, he said. He said it is a departure from the usual and known case of having the mechanics and auto parts in separate locations, but here will be in one place. “The reason is to ease the vehicle owners the burden of having to buy low quality materials or spare parts at high cost. But now that the mechanics and spare part dealers are in one place, you just walk to them and pick up your purchase,” Evangelist Ofoma said, pointing out that the arrangement will help to clean up the city by ensuring that mechanics are brought into one place rather than them getting scattered indiscriminately and It would be easier to manage them.

This agrees with the research work of Michael A. Nwachukwu1 *, Jude Alinnor2 , and Huan Feng3 1 of the Department of Environmental Technology, Federal University of Tech Owerri, Nigeria, 2Department of Chemistry, Federal University of Technology Owerri, Nigeria and  3Department of Earth and Environmental Studies, Montclair State University NJ, USA, respectively who stated that “Mechanic village should be adapted in developing countries rather than the city-wide auto mechanic workshop practice. This is suggested because developing countries are yet to enforce environmentally friendly automobile workshops and mechanic practice. If all automobile repair works in different cities are confined to mechanic villages, collection, preservation, recycling and reuse of spent oil will become effective. The goal is to stop the habit of disposing spent automobile oil on the ground, which results in excessive trace metal pollution of topsoil and insecurity of food products in the affected areas. Beside environmental quality, business and employment opportunities will improve. Small-scale refining or reprocessing of used oil in mechanic villages is lucrative and recycling plants are affordable and available. Cost benefit analysis indicate strong environmental benefits and annual turnover in excess of $2,234,375.00.”

Besides, Michael Nwachukwu and his other colleagues also showed in another work that environmentally friendly mechanic village is a 21st century strategy to improve the quality of the global environmental. For the researchers, the concept is consistent with the United Nations’ framework on climate change, the control of harmful substances, dangerous waste and sustainable development. They averred that besides creating an enabling environment for better investments that would attract highly qualified and educated individuals into the business of automobile maintenance, it will also create employment opportunities and help in poverty alleviation as “mechanic villages may be described as training centre reachable to the ordinary citizens. The less privileged without support for school and the school dropouts have positions in mechanic villages.”

Evangelist Ofoma also made the point that it is easier to train apprentices and get them to upgrade their skills and make them better proficient, adding that since mechanics will be located in one place, it will be easy to get them to pay revenue to government and boost the state government’s Internally Generated Revenue (IGR).

He continued: “By having mechanics and spare part dealers in one place, it will be easier to track dealers who sell inferior or fake parts.” Ofoma confirmed that the Asaba project is a pilot one as same would be replicated in other parts of Delta State. “For instance, we have visited the Ughelli and Warri sites. What we are up to is to have the mechanic village replicated in each senatorial district of the state,” he said.

Already, many mechanics have indicated interest in taking up spaces in the village. Ofoma said: “Reason being that Governor Okowa has subsidized the cost of the shops by 30 per cent for the 40ft x 40ft space. This is a standard workshop that can take up to eight cars at once. Altogether there are 82 40ft x 40 ft standard spaces, but the governor has subsidized for the Mechanic association members.  Also, the 208 purpose built 10ft x 10ft spaces are for the mechanics. For spare parts, there are 704 lock up shops for old and new spare part dealers.”

Ofoma also revealed that the Asaba Ultra Modern Mechanic Village is configured to have a police post, fire service station, banking space, association building and a clinic. There will be an incinerator plant for refuse dumps.

It would be recalled that Governor Ifeanyi Okowa during his second term inauguration hinted that he was going to provide the state with an environment to do business with ease and position Delta as the investor’s preferred destination. The mechanic village and many such other completed and on-going projects on PPP basis are testimonies of the fulfillment of this promise. And the Asaba Ultra Modern Mechanic Village, a novel initiative in Africa is one of such. Rehomes Property Development company Limited’s managing Director, Evangelist Ofoma confirmed this, disclosing that while Delta State Government has the property equity, the developer handles the development on 20 percent to 80 per cent sharing basis. “Government takes 20 per cent and the developer takes 80 per cent sharing formula,” he said.

DIDA Chairman, Mr. Nma also confirmed that Rehomes will be in full control of the lease of the village for 50 years before reverting back to Delta state. He said it was so because of the large amount of money the investor spent on the investment. “Government did not provide any funding; considering the repayment period, and the need for the investor to recoup and also make profit, I think it’s a fair deal,” Nma said.

For him, the work on the mechanic village is an excellent job being done, pointing out that the drawing for the buildings and shops in the village went to the state Ministry of Housing which saw and approved the drawings. “We have plans to also replicate the project in other senatorial locations of the state,” he said.

Nma also hinted that DIDA is involved in many other projects birthed by it, including a gas plant built and completed in Umutu, Ukwuani Local Government Area, costing over $20million. “It’s ready for commissioning, with about 500 Deltans already employed. They are off the labour market, paying tax to government,” he enthused. 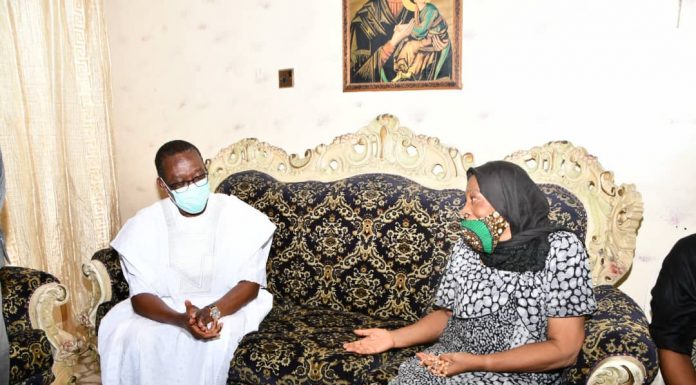