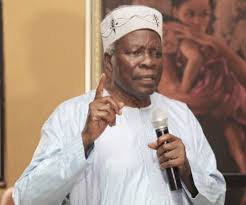 Self-determination activists under the aegis of the Nigerian Indigenous Nationalities Alliance have warned the country against holding the 2023 general election without initially organising a referendum.

They made this known in a press conference held in Lagos on the 120-day expiration of Constitutional Force Majure Notice to states in the South and Middle Belt of Nigeria and One Million Match to the United Nations General Assembly in September.

During the press conference, members of the group insisted that they would use lawful means to ensure that the 2023 general election does not hold unless the Federal Government agrees to hold a referendum for the aggrieved Indigenous Nationalities to decide whether they want a federation known as Nigeria.

They also called for the complete abolition of the current 1999 Constitution, describing it as an agent of slavery and fraud.

Part of the text of the press conference delivered by Pedro Obaseki on behalf of Akintoye and others read: “It is no longer a matter for debate that elections are the mechanism by which the life of the 1999 Constitution is renewed once every four years.

“It follows therefore that those who are tormented by that constitution but who nevertheless accept to go to another round of National Elections under that Constitution are the ones renewing and reinforcing their own Damnation, Bondage and Enslavement.

“It is now, therefore, a matter of choice whether we want to Renew the Source of our Miseries once again in 2023 or we want to Free Ourselves by Rejecting NOW (inside 2021), the Invitation to join in the Preparation for another round of National Elections in 2023. These Cycles of Renewal must be Broken if we Must Be Free.

“On the other hand, If we halt the Voyage to 2023  inside 2021, the 1999 Constitution will lose its life inside 2021, and we will immediately get into a Transitioning and therefore on the way to Regional REFERENDUMS for Self-Determination. This is the safe route to freedom for all Constituent Blocs that are fed up with the Toxic Nigerian Union.

“Amidst the Massive Enlightenment Campaign going on amongst Peoples of the Alliance Territory Globally concerning the correlation between the 1999 Constitution, our Miseries, Elections and Political Parties, more of our People now know that going to General Elections in 2023 under the 1999 Constitution will spell Unmitigated Disaster while halting the Preparations by Political Parties for 2023 is a guarantee for their escape to freedom.
Accordingly, the choice is entirely in our hands.” 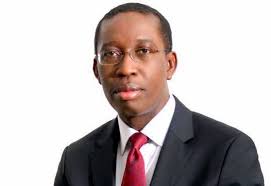