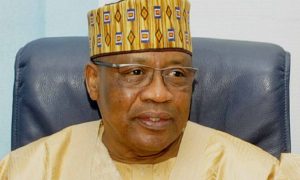 In a statement by his Chief Press Secretary, Mr Olisa Ifeajika, in Asaba, the governor felicitated with the elder statesman for attaining the octogenarian age and commended him for his commitment to the unity of the country.

He thanked the former head of state for his contributions to nation-building, recalling that it was during his administration that a number of states, including Delta, and new local government areas were created.

Okowa said: “Your Excellency, your life has been that of service to the people of Nigeria, and as Deltans, we remain grateful for your effort in ensuring that our dear state, Delta, was created in 1991.

“As you join the Octogenarian club, we commend you for your remarkable contributions to nation-building.

“As you mark 80 years of your life’s journey today, we celebrate you and all that you have accomplished through your humble beginnings to your illustrious career in the military, culminating to your attainment of military President and Commander-in-Chief of the Armed Forces of Nigeria.

“As we mark the 30th anniversary of the creation of Delta, we recall with gratitude your exemplary and legendary contributions in making it a reality.

“The benefits of state creation have no doubt, manifested tremendously in the lives of Deltans and others, who live and do business in the state and have been impacted positively in economic, infrastructural and human capital development.

“I must also commend you for your fearless contributions to national issues and your strategic support to genuine efforts towards making our nation great.

“As a national icon and elder statesman, we hold you in very high esteem for granting the most important wish of Deltans at the time you did.’’

“On behalf of my family, the government and people of Delta, I heartily congratulate you, our great leader and elder statesman, Gen. Ibrahim Badamasi Babangida, GCFR, on your 80th birth anniversary.

“As a distinguished leader, you served the nation diligently by ensuring the maintenance of its unity through the promotion of harmony and tolerance in spite of our obvious diversity.

“It is our prayer that God will continue to protect you and grant you more years in good health to render more services to mankind,” he added. 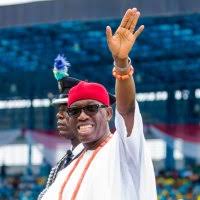 Adeosun in closed-door meeting with Buhari